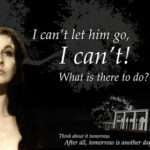 Gone With The Wind by Margaret Mitchell was first published as a novel in 1936. The film version starring Clark Gable and Vivien Leigh as the star-crossed lovers was released in 1939 and is regarded as one of the best films of all time. It was only in 1978 that a US astrologer by… Read more