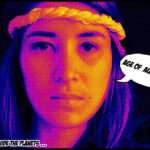 [This post first appeared on January 20th 2014. I’m reposting it exactly one year later to coincide with the Sun’s annual visit to the wonderful sign of Aquarius.] The Sun enters Aquarius today, January 20th 2015, where it remains until February 18th 2015. So what do you need to know about Aquarius whilst the Sun… Read more