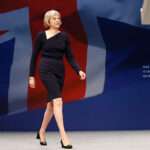 Venus is the planet which rules women. Two days ago, on Tuesday 12th July 2016, Venus entered Leo, the sign traditionally linked to royalty and heads of state. On Monday 11th July 2016, Theresa May became leader of the Conservative Party and two days later on Wednesday 13th July 2016, she was signed in as… Read more 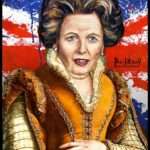 The big news last week was the death of Baroness Thatcher, the UK’s only female Prime Minister. In death as in life she has evoked extraordinary passion and outpourings of emotion, dividing the nation once again in extremes of love and hate. Her funeral takes place this Wednesday, 17th April, in London. Margaret Thatcher Thatcher… Read more