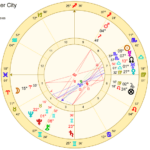 It’s been called one of the biggest sporting shocks of all time. Leicester City Football Club (also known as the Foxes) only started playing Premier League football again after a decade away in the 2014/2015 season. Last year they were placed 14th out of 20 football clubs, narrowly avoiding relegation. Thus at the start of… Read more