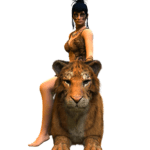 Action planet Mars turns direct on June 29th 2016 after 10 weeks retrograde. Mars is a difficult planet when it’s on go slow as this is a frustrated Mars. The planet which rules assertive behaviour, anger, passion, the libido and courage doesn’t like to be held back, tied down, repressed. Since Mars entered its biennial (every two… Read more