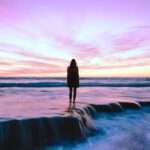 Venus turns direct [26 Pisces 54] – April 15 2017 (10:18 GMT) The planet which rules love and money, Venus, turns direct this weekend. Venus has been retrograde, i.e. in retreat through the zodiac since March 4 2017. So what does it mean when Venus is retrograde? Retrograde Venus When a planet is retrograde, its… Read more