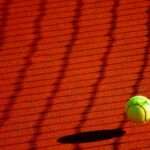 [Update: Sunday 1st February 2015. Djokovic, the no. 1 favourite has won his 5th Australian Open Grand Slam title. The astrology suggested he was the one to watch, both in his natal chart and in the chart that represented the start of the tournament so I’m taking that as a winning prediction. The astrology was… Read more