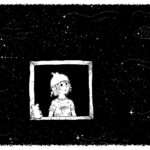 The Lunar Cycle: In Tune With The Moon  One of the easiest ways to be in flow with astrology is to get in step with the lunar cycle. In ancient times there were 13 months in the lunar calendar and the word ‘month’ derives from the old English word for ‘moon’.

Neptune In Pisces: All Things Weird And Wonderful Neptune has been in Pisces since February 2012, the first time it has returned to its own sign since it was discovered in 1846. Neptune remains in its own sign throughout 2016 Neptune has come home as Neptune, God of the sea, co-rules the water sign, Pisces. 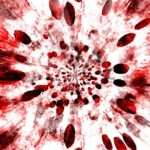 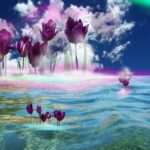 Jupiter in Libra: Style And Sophistication Jupiter changes signs this year on September 9th 2016 leaving behind the earth sign Virgo and entering the air sign Libra where it remains until October 2017. Jupiter in Libra is a very different planetary energy to Jupiter in Virgo and after a year when Jupiter was reined in… Read more 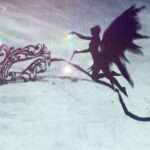 Uranus and Pluto: Merchants Of Change The Uranus-Pluto square dominated our heavens from 2012-2015. This clash of two mighty planets symbolised revolution and became associated with the ‘Protester’, Time magazine’s person of the year in 2012. Pluto in Capricorn represents ultimate power, officialdom, the establishment, the plutocracy up against Uranus in Aries representing the underdog,… Read more 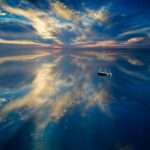 Jupiter, Saturn, Neptune: A Sign Of Our Times One of the major planetary aspects of our generation took place last year on September 17th 2015 when Jupiter in Virgo was opposite Neptune in Pisces and some of the key astrology in 2016 follows on from this powerful opposition. To understand the astrology this year, it’s important… Read more 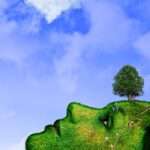 Jupiter Virgo: Earth Sign Satisfaction Jupiter is the biggest planet in astronomy and the best planet in astrology. It represents opportunity, growth, expansion, freedom; it’s the planet of hope, trust and faith; Jupiter is ‘jovial’ and a lover of hedonism and wherever Jupiter is in your chart, this is where you can embrace life to… Read more 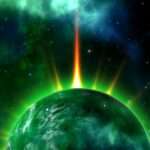 Eclipse Season: Moments Of Destiny In ancient times eclipses were viewed as a bad omen but in modern times people are divided on the meaning of an eclipse. For some, they represent power points of energy when our spiritual awareness is heightened and for others, they coincide with dramatic events and turning points in our… Read more 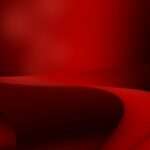 Mars Retrograde: Frustrated Desire Mars is the planet of action and drive and once every couple of years, Mars turns retrograde in the heavens for approximately 10 weeks at a time. Mars is retrograde in 2016 from April 17th until June 29th. When a planet’s retrograde, it’s said to be weakened and it’s nature is… Read more 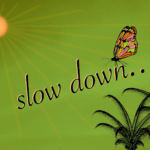 Mercury Retrograde: Slow Down Mercury Retrograde has become common terminology which even non-astrologers understand. It’s synchronous with communication chaos when the winged messenger of the Gods, fleet-footed Mercury retreats for three weeks at a time. Think of post going missing, dates getting muddled, mishaps, slip-ups and general misunderstandings. Yet you can survive and thrive when… Read more 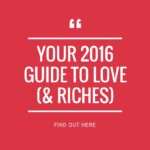 Part 3 of 3. Today you will discover how love and riches play a role in your life.  Venus is back on track in 2016 after her descent to the Underworld from July-September 2015. This is good news for everyone because Venus rules love and money, thanks to her rulership of Libra (relating) and Taurus… Read more 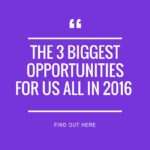 Part two of my three articles on what 2016 has in store for you. Today you will find out your 3 biggest opportunities in 2016 depending on your star sign. The content is derived from my 2016 Horoscope eBook that’s more than 150 pages long and features in-depth information for all the signs about their… Read more