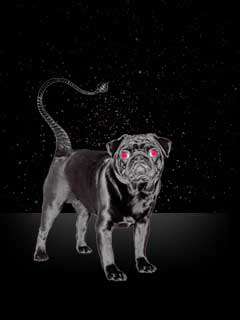 The Sun entered Scorpio yesterday, October 23rd 2013 at 06:10 GMT where it remains until November 22nd. Yesterday would have been my father’s 91st birthday if he was still alive but he was most definitely a Libran.

This time of year fits the myth of Scorpio perfectly as the dark nights draw in and Halloween goodies fill the shops and in other countries they’re no doubt in full swing preparing for the Day of the Dead. Scorpio rules the colour black and it’s the sign that represents the cycle of life, death and rebirth.

Jo Tracey, who’s an excellent Aussie astrologer, asked in a Facebook post this week which word you would use to describe Scorpio and to keep it positive. Here’s what people said:

That about sums up the Scorpio qualities, the good ones at least, and thanks to Jo for starting the conversation roll. Here’s the direct link to Jo Tracey Astrology on Facebook so please repay the favour and like her page.

This is an interesting Scorpio season though for a couple more reasons and you’ll get the full lowdown if you read your monthly stars for November which will be out at the end of October or sign up to my newsletter on the website.

If you draw up the chart for the solar eclipse in Scorpio on November 3rd 2013 which falls at 11 Scorpio 16, you’ll see that there are five planetary bodies in Scorpio and one sector of the chart. These are the Sun and Moon, as it’s a New Moon, plus the karmic north node which makes this New Moon a powerful solar eclipse, a pointer of destiny. In addition, Saturn in Scorpio is still hanging in there and Mercury, the communication planet, is retrograde.

How to Work Productively

These last two planets are especially interesting as they’re slowing things down and cranking up the intensity factor. Part of me wonders whether it’s worth trying to get anything done under the combination as Saturn puts on the brakes and Mercury confuses matters. Or perhaps it’s a cue to refuse to give up and push on regardless.

Personally I think it’s best to do both in equal measure. In other words work in intense bursts followed by periods of non-activity. The key is to immerse yourself completely in whatever you’re doing in true Scorpio style and that includes doing nothing.

Scorpio’s the expert at laser beam focus and I’ve been reading recently how successful people, child prodigies and talented musicians often possess that quality. They work intently without distraction but then they switch off and know when to stop.

Doing Nothing With Intent

It seems to me as if this is a skill that’s easily lost in today’s world and many of us live with constant background noise, information and technology overload. So perhaps this is the  biggest lesson of this month’s Scorpio bumper bonanza, that once we’ve worked hard, we need to learn to switch off and do nothing in order to improve and enhance our intuition, creativity and ultimately our productivity.

On that note, I’m off to deepest darkest Dorset for the week to unwind and unplug from wi-fi, to get blown about by gusts of wind and stomp along the beach listening to the sound of the sea and the waves. I know in my gut that it’s what I need badly, to do nothing and simply listen to what the magnificence of nature and the universe have to say.

If you’re feeling Scorpio’s intensity too, are you ready to run and hide?

[photo thanks to Now magazine horoscopes]