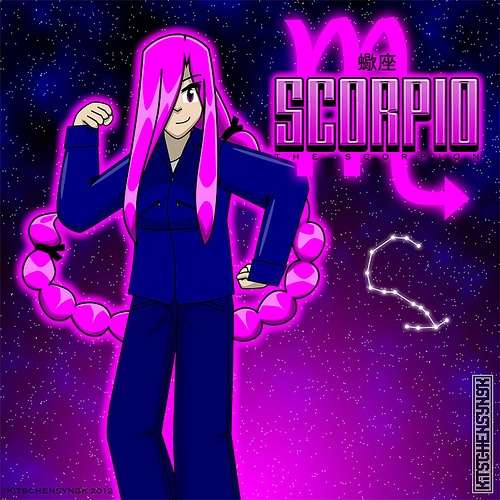 May’s lining up to be a powerful month and whether it’s a key relationship in your life that dominates or your interaction with other people in general which marks May as a turn-around time, the intensity’s cranked up.

As the month begins, four of the personal planets are in your opposite sign of Taurus; your ruling planet Mars (action & libido), Venus (love), Mercury (communication) and the Sun (self). It’s a heady mix and if you’re married or in a relationship, the heat is on.

What this means for you depends entirely on your current situation. If you’re head over heels in love, you’re heading for a proposal or major turning point in your relationship. If you’re in a long-term relationship or married, what takes place in your partner’s life has a knock on effect in your own life.

Out of love and it may be another powerful individual in your life whose influence is closely tied or linked to your own destiny. The reason for this being such a powerful time is the fact that there are not only four key planets in Taurus but on the 10th there’s a solar or New Moon eclipse in the same sign.

Eclipses are powerful as you feel compelled to make a decision or take a stand. Something or someone may be eclipsed or a door may be closed on the past but what’s important with a solar eclipse is that it’s a chance to wipe the slate clean and start afresh. It signals a major turning point with regard to your relationships so that when you look back in years to come, you realise the significance of those events.

When planets are in your opposite sign, you may find that energetically you feel weakened and other people hold the power or control. For some, the start of May shows you who or what you’re up against as Mars, your ruler, opposes Saturn in Scorpio on the 1st. These two together are gritty and determined but as Saturn also opposes Mercury (communication) on the 5th, this suggests confrontation and someone saying ‘No’. This may be you having to lay down the law as Saturn is in your own sign; it could be a case of tough love or putting boundaries or limits in place which either protect you or support someone else. Take no nonsense at this time and stand for what’s right and fair.

This is especially important as what’s put in place early in May will decide how well you prosper as the month progresses. It may mean having to ensure your needs are met either in a work, legal or romantic situation. The most important day is the 5th when your co-rulers Mars and Pluto link together in the heavens and with Pluto in your communication zone, this is why asking for what you want is so powerful and potentially transformative.

Mars remains in Taurus until the 31st so you will have to continue to work at a relationship throughout the month although Mars promises passion as well as conflict. If you’re a typical Scorpio, you’re not someone who can put up with any problem or issue for long. You’d rather get in there and try and sort things out.

Mid-month the other personal planets start to filter into the sign of Gemini: Venus on the 9th, Mercury on the 15th and the Sun on the 20th. This puts the focus on shared resources, payments and money matters. One other planet that’s already in Gemini is Jupiter, planet of good fortune and opportunity, and Jupiter’s been in this sector of your chart since June 2012 although it moves on at the end of next month.

This is the grand finale and when Jupiter teams up with Mercury and Venus on the 27th/28th respectively, get ready for a major fanfare. This spells good news for money matters, whether a legal or financial deal goes your way, you have extra money coming in that you didn’t expect or some other gift from the heavens.

If you’re looking for work, these are turbulent times but both the 18th and the 21st indicate a win, especially if, on or around these dates, you speak up less rather than more. A lucky break or a one-off contract is a strong possibility and if you’re in a relationship or married, it may be good fortune that comes your partner’s way which has a knock on effect in your own life. Venus is your partner planet and it teams up with Uranus on the 18th and Jupiter on the 28th. Circle these dates in your diary.

The only shadow involves a second eclipse cutting across the Gemini/Sagittarius axis of your chart on the 25th. This is your money axis and love and money feel especially emotional on or around this time. Neptune, the watery planet, is involved squaring the Full Moon so there’s an abundance of emotion and feelings. If you meet someone new on or around this date, keep your eyes wide open and be wary if this person shows signs of being clueless with cash. Same goes if you’re approached by someone with a fanciful idea or money earner.

The thing to remember about Neptune is that you’re often dealing with fantasy rather than reality so use your common sense whatever comes your way. If you receive a too-good-to-be-true offer, wait a couple of days before making a decision and at least give yourself the weekend to think things through. Do your research thoroughly, talk to other people whether they think it’s a good idea and then make up your mind. It’s not necessarily all bad as long as you have a clever strategy and a clear sense of purpose and motivation.

[artwork by Kitschensyngk at flickr.com]