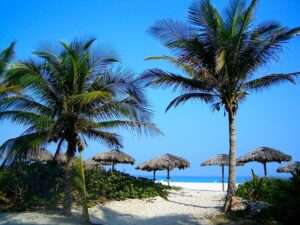 There’s a lot to cheer about in the month of July and in fact this is likely to be one of the best months of the year for you. There are a couple of reasons for this. Firstly, your ruling planet Mars has been hidden away in your chart in the preceding sign of Libra since December 2013.

Libra isn’t a sign that Mars is comfortable in as Mars wants to move directly from A to B and focus on its own projects and interests. Libra is the sign of relating so that’s not possible when Mars is in Libra. There are other people to take into account and everything takes longer than usual. Add to this the fact that Mars was retrograde in the spring and life may have felt like a series of stop-start-stop events.

Mars represents anger and action and there can be a lot of frustration simmering beneath the surface when Mars is in Libra. You may have been dealing with a third party or some other agent or official and if they’ve been ineffective this has inadvertently affected you. There’s a passive-aggressive quality to Mars in Libra and sometimes you don’t know who your enemies are. It’s hard to do battle when everything’s taking place behind the scenes and there’s a hidden agenda.

Mars leaves Libra on July 26th and throughout the month of July Mars is picking up speed and makes no more challenging aspects. You’re on the final run and for some this is about closing the door on a situation that hasn’t worked out or deciding to take matters in hand and to deal with a problem or challenge by yourself.

Mars enters your sign of Scorpio on the 26th where he remains until September 13th 2014 and this symbolises that you’re back in charge and in control. Mars in Scorpio is strong and powerful and gives you drive and determination. Quite simply, you can get things done.

This is good news too as you still have Saturn slowing you down at times in your sign or making life feel relentless and hard work rather than fun and light. Saturn is in action in July as it turns direct on the 20th and this is a key turning point in the month. This suggests that your best mode of action is to confront life head on. Let your warrior roar show that you’re back and you mean business. Saturn will leave Scorpio at the end of the year and the next couple of months are your chance to pick up the pace. Focus on your personal projects and ambitions and set your intentions for the year ahead.

This is especially important as the other big news for July involves Jupiter, the planet of luck and opportunity, which enters Leo and your career sector on the 16th. This is a powerful combination to have Jupiter in Leo whilst Mars is in Scorpio and you’re gunning for glory.

Jupiter takes approximately one year to journey through each sign of the zodiac and Jupiter remains in Leo until August 11th 2015. Here’s your chance to play big, to fly high and expand your horizons. Jupiter’s the biggest planet in the heavens and this is the free spirit, the entrepreneur, and Jupiter wants you to be big and bold in your life. Jupiter connects you with the world as it’s the global planet. Reach out to other networks and play big in your career, plan work abroad or take a sabbatical to study something you’ve always dreamed about or leave the 9-to5 and go freelance. It’s your shout but the opportunity is there whatever your vision.

If you’re currently on the verge of seeking promotion or looking for a new job the 24th and 26th of the month look especially lucky. On the 24th the Sun and Jupiter come together in the sign of Leo and on the 26th there’s a brilliant New Moon in Leo. If you come across an opportunity to attend a conference or workshop this weekend, go for it and keep your options open.

This is an absolutely superbly-brilliant planetary offering and for some it’s the best news you’ve had with regard to your career or vocation in the last 12 years. Think back to 2002 when Jupiter was last in this sector of your chart to determine what worked, what didn’t work and how to use this Jupiter transit to the best of your ability.

Jupiter’s leaving behind the sign of Cancer which rules travel, education, spirituality and all the things that give your life meaning and help you feel you belong in the world. Jupiter’s been in this part of your chart since June 2013 and some of the activities you’ve been involved in recently will have moved you closer towards the next big step or stage in your life.

This month, three of the personal planets pick up the baton and it’s a lovely month to take a holiday or vocation especially mid-month. If you haven’t booked yet but you’ve been talking about going away, find out what’s available on or around the 16th. In fact, it may be that it’s by changing your environment in some way that you create the opening for new opportunities. If you’re looking for love, there’s a link to new places and foreign connections on the 19th and 24th plus this month’s Full Moon on the 12th cuts across the travel axis of your chart.

Love in general is well-starred this month as Venus and Mars connect in the heavens on the 13th. Venus is in Gemini and the sign of communication and there’s a chance for you and your other half to enjoy an easy rapport. It’s highly likely if you’re in a relationship or married that one of you will win big this month and as love and money are closely connected, good news for one of you is the catalyst for a celebration for both of you.