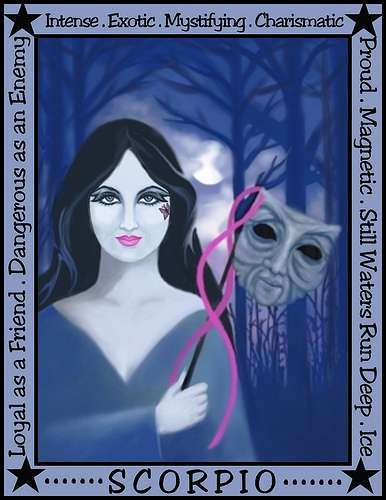 Your ruling planet Mars is in your fellow water sign of Cancer for most of the month of August, up until the 28th. This puts the spotlight on travel, study and all the things in life that broaden your horizons and give your life meaning. This may include religion, spirituality, philosophy and your personal beliefs.

On a very basic level, it’s a darned good month to go on holiday and to get away from your everyday routine so that you can gain a new perspective on your life at home and where you’re heading. There are a couple of other reasons why travel is now well-starred.

The first is Mercury, the communication planet, also in Cancer and leaving its Shadow phase on the 4th. This means that it’s back at the same place in the heavens as it was on June 26th, the day Mercury turned retrograde. This signals a green light for all communications and you may hear good news on or around this date or find the piece of information which has been delayed or on hold.

More important however is the planet Jupiter in Cancer as Jupiter rules new opportunities and it’s where you find your luck. Jupiter entered Cancer on June 26th, the same day as Mercury turned retrograde, so you may have felt the promise of new beginnings and the desire to spread your wings and lead a more fulfilling life but with pesky Mercury on go slow and up to its tricks perhaps your plans haven’t quite worked out as well as you had hoped.

This now changes and Jupiter’s on a relatively smooth run through the heavens until July 16th 2014 when it leaves the sign of Cancer. So there’s no reason to play small in life and lots of reasons why you should embrace travel, learning, spirituality and be the best you can be. Seek out new adventures, hook up with foreign connections, learn something new, approach a publisher and follow your dreams.

What’s also important about Jupiter is that it’s the planet of hope and faith so the more positive your attitude and the more you believe that anything’s possible, the more successful you’re likely to be.

This month Jupiter meets up with the Uranus-Pluto square as Jupiter opposes Pluto on the 7th and Jupiter squares Uranus on the 21st. This ongoing clash of the Titans is about getting rid of what’s old and embracing what’s new, sometimes in a radical fashion. For you personally, the square focuses on your work, lifestyle and health plus the way you communicate with others and the world around you.

Pluto can negate what it touches so you may experience a crisis of faith on or around the 7th, however Jupiter is strong in Cancer as it’s the protective planet in the sign of nurturing and Jupiter’s tendency is to expand what it touches. Either way, take note of what happens on or around the 7th as this can be a powerful touchstone to help you navigate or see the year ahead more clearly.

It’s interesting that the Jupiter-Pluto opposition and Jupiter-Uranus square coincide with this month’s New Moon and Full Moon respectively. So this confirms that this is about your progress in life, where you’re heading and what new opportunities are about to open up for you.

The New Moon on the 6th falls in the sign of Leo ruling your career sector and this is a brilliant day to initiate new beginnings which help progress your career and set you on a new path. In fact, this is an excellent month to concentrate on your work and what you want out of life.

The Sun’s in Leo until the 22nd, Mercury, planet of communication, joins the Sun from the 8th-23rd and on the 28th Mars, your ruling planet, also enters Leo. The planets are on a roll through your career sector and picking up speed.

Watch out for signs now and new developments that are worth following. Even the smallest steps this month can have the hugest impact on your life when Jupiter enters Leo and your career sector next summer. It’s as if the seeds you sow this month will grow and flourish come this time next year.

This month’s stars suggest that this is the perfect time to be bold and courageous and to get rid of anything in your life that’s not working or that has a negative effect upon you. If you’re been waiting for an opportunity to ditch the day job to follow your passion, your stars are calling you forth. In fact, Uranus in Aries has been asking you to instigate significant changes to your work and lifestyle since 2009. Uranus is after all the rebel planet and the planet of freedom and independence. If you’re already on track, branch out this month.

If you’re struggling under the weight of Saturn in Scorpio and things are tough, take at least one step in the right direction this month however small. Your stars are building towards something special and as you may know being a Scorpio, if you keep your eye on the end goal and focus on working hard, you will get there in the end.

And as for love this month?… to be honest, you’re wise to concentrate on your career or what you want out of life for now independent of a relationship. Neptune’s influence, especially from the 25th-27th, means romance is hazy at best and not revealing the whole picture. That will change once Venus enters Scorpio next month but for now be bold and play big.