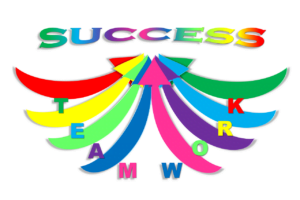 September is a big month for different reasons but the main one for you is the fact that Saturn, the taskmaster of the heavens, finally leaves your sign on September 18th. This is good news as Saturn can be an energy drain when it’s in your sign and you have to knuckle down and work hard and toughen up to make the most of what Saturn can offer you, i.e. discipline, endurance and stamina.

This time around Saturn has been in your sign for a relatively short stay, three months since mid-June 2015. You might have been wrapping up a project, working to deadline or you’ve increased the solitude factor in your life. In the tarot, Saturn represents the Hermit, a time of inner study, reflection, repose although being alone doesn’t have to mean being lonely.

Before that Saturn was in Scorpio from October 2012-December 2014 and it was a toughie for many Scorpios. So the 18th of this month is a real cause for celebration. Why not do something to honour Saturn’s departure from your sign, something that involves letting in the light and releasing any difficulties in your life.

It’s also a big month for your career for a couple of reasons. Firstly, your ruling planet Mars remains in Leo and your career sector until the 25th. Plus, Venus, the planet of relating, is in Leo all month and another important date, the 6th, is when Venus turns direct, i.e. picks up speed.

Venus has been on go slow in your career sector for six weeks so if you’ve had time off work, you’ve been taking the pace slow with regard to your progress or you’ve been reviewing and reassessing what you want for yourself in the future, then you’ve been in tune with Venus retrograde.

Venus is your partner planet so perhaps someone close to you has been out of work or undergoing a period of change with regard to their work and vocation. Venus’ turnaround in the heavens suggests that other people are going to be there for you and the first week of the month is brilliant to line up support, help or useful career or vocation advice.

There’s another reason why other people play a key role in your career as on the 1st of the month, Venus and Mars come together in the heavens. This is the feminine and masculine principles working in unison; it signals unity, partnership, close alliances. Someone helps you climb the ladder of success. Look out in particular for a confident woman who oozes charisma.

Both Mars and Venus link to the planet of change Uranus in positive aspects on the 8th and 23rd respectively and Uranus is currently in Aries and the work sector of your chart. Again this feels lucky, as if you’re still benefiting from the major transit of the opportunity planet Jupiter through your career sector over the last year.

Look out for lucky coincidences on or around the dates mentioned and if you can be flexible with work, go freelance, grab a new contract or anything else that fits the Uranus symbolism, go for it. It’s a perfect time to take risks and be bold, especially on the 8th when your ruler Mars gets a kickstart from Uranus’ innovation and inspiration.

So far so good, but there are other planetary indicators that suggest you can’t run before your walk this month and there will be certain areas of your life where you need to proceed with caution. Firstly, the planet of communication, Mercury is in your previous sign of Libra throughout September. This highlights secrets, confidences, a time of research or preparation. You often end up working behind the scenes when Mercury is in this sector of your chart and you can’t reveal everything.

On the 17th, Mercury turns retrograde and remains on go slow until October 9th. This can lead to misunderstandings, misinformation, people changing their minds. It’s not an easy picture for a flow of information. Instead, you might find that things which have been hidden from you come to light. Delve deep to get to the bottom of a mystery or find out what someone really means and whether they’re telling the truth.

Mercury makes two key planetary aspects to Pluto in your communication sector on the 9th and 24th so here again there’s a theme of hidden speech, saying less not more, not getting the answers you want, other people blocking your way. Try not to leap to conclusions and if anything, let events play out rather than force the issue.

This month there are two eclipses and eclipses throw shadows. The first is a solar eclipse on the 13th in Virgo, the sign that represents friendship and group activities in your chart. You might be surprised by the actions of a friend on or around this date, someone behaving badly or someone who’s hard done by. Suppress your own judgements as best you can and remember that with Mercury on go slow only four days later, all is not as it seems.

The second eclipse is a lunar eclipse on the 28th cutting across the Aries/Libra axis of your chart. This highlights your lifestyle, your health and your routine. Make sure that you look after yourself and don’t overdo things. Quiet time is recommended, whether you meditate, have a daily yoga practise or you relax in other ways that suit you.

There’s a lot going on now and you need time to let things soak in. The biggest planetary aspect of the month also takes place on the key date of the 17th and it’s this mid-month period that’s most significant. This is a powerful opposition between Jupiter in Virgo and Neptune in Pisces.

Together these two planets bring out your compassionate nature but you’re also ready to break ties, to cut free. Virgo and Pisces highlight social sectors of your chart so this can link in to friendship or a group in which you’re involved.

Being around people who think differently to you won’t be easy this month and others might see you as being outside the group for some reason. If you’re treading a different path, whether spiritually or morally, this will test you in the month ahead as your alliances shift and you understand who or what is important to you.

Go with the flow for now, don’t make any definitive decisions and explore fully what’s going on. Once Mercury turns direct mid-October then you’ll have a clearer picture of your path ahead.