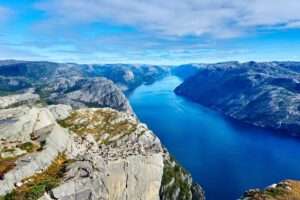 Your ruling planet Mars is powering forward in your sign of Scorpio and this is the time for you too to crack on and make things happen. Mars in Scorpio is a focused laser-like energy and it boosts your levels of self-discipline and concentration.

Plus this is an ambitious and ruthless Mars so you’re not going to waste time now on anyone who’s not prepared to run at full speed and join you in your personal endeavours. In fact, you’re wise to concentrate on your own goals and aims as this is a key period in the year for you when it comes to ambition and achievement.

Mars in Scorpio also links back to the first two months in the year which started brilliantly but then perhaps tailed off. Mars is now retracing it steps through the zodiac and is back where it was in the second half of February. Think back to earlier in the year and what was important to you then. Your batteries are now recharged and you can try again.

This month too the water signs, Cancer, Scorpio and Pisces, are in flow and the more you focus on what you want and what next in life, the more you’ll prosper. As the month begins, there are three key planets in Cancer; Venus (relating), Mercury (communication) and the Sun (identity).

Cancer rules travel and study, the bigger picture in life. It’s wherever you want to spread your wings, whether physically, mentally, emotionally, philosophically or spiritually. This is about seeking something more in life, having things to look forward to, seizing the day.

The New Moon in Cancer takes place on the 4th, Independence Day, lighting up this sector of your chart. This is a positive time to book a holiday, sign up for a course, to be bold and courageous and challenge yourself. Don’t hold back now, the planets are pointing to action especially in the areas of personal development and self transformation.

Key dates to note are the 6th, 11th and 17th when Venus, Mercury and the Sun all team up with your planet Mars. This is a go-getting period in the year when foreign connections are well-starred and you can make quick progress with regard to learning and knowledge.

Your ruler Mars is fast and direct so don’t let anyone or anything stop you doing what you want in life. There’s nearly always possibility, however challenging the obstacles in your path and right now you benefit by adopting a positive gung-ho attitude.

The Full Moon on the 19th cuts across the Cancer/Capricorn axis of the zodiac and this is often a time when you see your situation clearly. This date might prove pivotal if you’re involved in a legal case or you’re taking a test or exam. The Full Moon promises completion as it’s the culmination of the lunar cycle.

Whatever you feel passionately about, the Full Moon period will highlight your next steps. This is about your beliefs, the way you communicate with other people and the world and finding your voice. There’s no reason to hold back now so do whatever you choose to make a difference.

The lovers of the heavens, Venus and Mars, come together in a positive aspect on the 6th so this indicates, if you’re in a relationship or married, that you can find common ground. It’s an ideal month for a second honeymoon or a romantic break.

If you’re looking for love, this is a key period for a holiday romance or meeting someone new via a place of study. A lover from a different culture will add a new and fulfilling dimension to your own life. Be open-minded and tolerant when it comes to love and relationships in general.

Mid-month, the personal planets start to enter Leo, the sign at the top of your chart. Venus is first on the 12th, followed by Mercury on the 14th and finally the Sun on the 22nd.

Leo is the sign at the top of your chart ruling your career and vocation, your future and where you’re heading in life. This feels a dynamic energy whether you’re looking for a new job or contract or you’re ready for a powerful new beginning.

You might be asked to step into a leadership role or take on a position of responsibility. Certainly being in a position of power will bring you added confidence and the desire to take on more. Where in life can you be the boss, the one in charge?

Money matters require careful consideration and with taskmaster Saturn in this sector of your chart, it’s not the time to go wild or take big risks financially.

Yet if you’re called towards a new position or role in life, you must do what’s right for you, regardless of what it means financially. Hopefully, a step up the ladder will bring financial reward because money currently equals stability and security in your life.

The last part of the month could feel unstable when the planet Uranus is in action. Uranus rules change, the unexpected and Uranus is currently in Aries and your work and health sector.

Keep your ear to the ground and listen out for any rumours about jobs or unexpected change. In a similar vein, don’t ignore any health niggles. In other words, be prepared for whatever might materialise towards the month’s end.

You might also have to rein in the rebellious side of your nature in order to benefit in the long run. People in authority could prove powerful now in your own career or life path and ideally you want to be on their side rather than fighting against them. Mars in Scorpio is an incredibly strong transit for you as long as you wield its power to good effect.