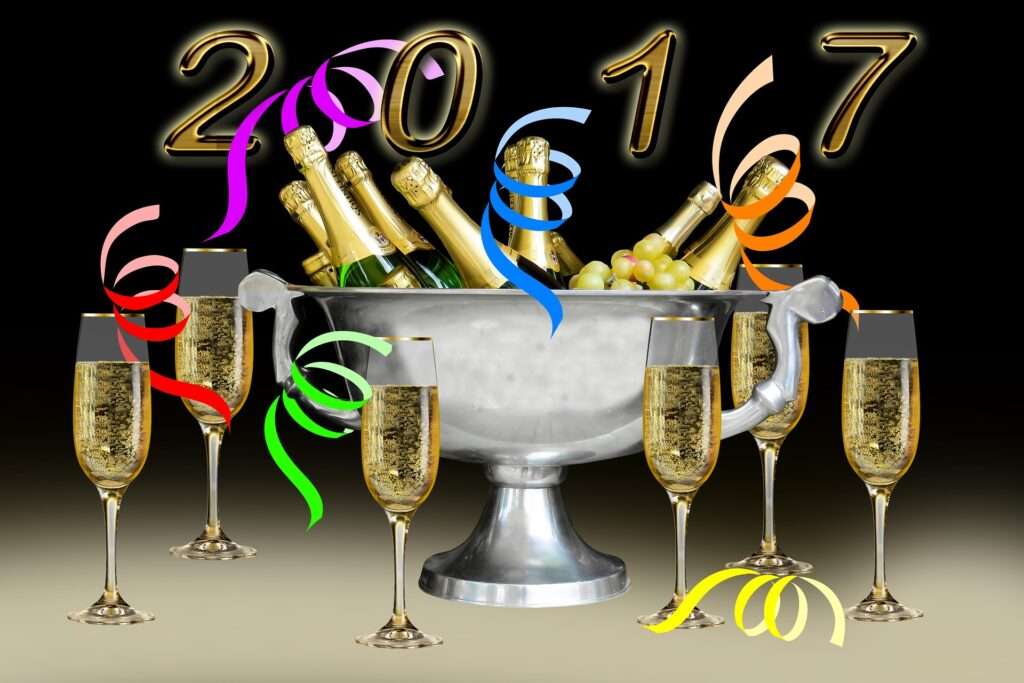 Are you having fun yet? This would be an important question to ask on New Year’s Day as your ruling planet Mars teams up with Neptune in Pisces and your fun sector. In fact, Mars remains in Pisces until January 28th so this is a good time to consider what you do in life that gives you pleasure. If you need to ‘up’ your fun quota, what do you need to put in place?

Pisces rules all the lovely things in life for you, e.g. romance & love affairs, children & pregnancy, entertainment, creative projects so rather than dash head long into work or practical affairs this month, go with the flow and do more of what you love.

The other planet in Pisces from January 3rd is Venus, the love planet, so for some, this month is all about romance, love and new relationships. This is a gorgeous time to fall head over heels for someone new or to revive your current relationship. Venus also teams up with Neptune on January 12th and these two planets are both linked to romance.

In fact, if you are in a relationship or married, this isn’t the time to do boring stuff together, instead make an effort to do something special instead. Arrange a date night, watch a movie together, spend quality time in each other’s company. Be actively romantic and see where life leads. If you want to start a family or extend your current family, this too is a good time for connections that bind you on a deep level.

Yet it’s not all about love and whether you’re in a relationship or not, this is a creative combination. So make the most of this, whether you sign up for a new course or activity to explore your artistic potential or you use creative tools and boost your ability to visualise and create the future you want. This is where there’s powerful energy in the month ahead.

You might find there are limitations for you with regard to money however especially on January 19th and 27th when Saturn in Sagittarius and your personal money sector clashes first with Mars and then Venus.

Yet here too, you can get creative and if you don’t have a lot of money to spend, find ways to boost your creativity that fits within your budget. Trade skills, for example or ask to borrow something you need from other people.

The one area that might push your buttons if you can’t afford to pay for something is if you’re a parent. If this is the case, again get creative as there’s huge potential for possibility in the month ahead.

Another reason why it’s wise to move into this new year slowly rather than at top speed is because communication planet Mercury remains retrograde until January 8th.

Mercury turns direct on this date in Sagittarius and your money sector, a key date if you’re waiting on money owed. Mercury’s change of direction often brings good news and for you personally this lights up your money sector.

Mercury returns to Capricorn on January 12th and moves out of its shadow phase on January 27th. So whatever you’ve been reviewing over the festive season, this is when you can start putting things into place, asking the right questions, sharing ideas.

Capricorn is about communication and networking, it rules your local community and all forms of interaction. So again this adds to the creative feel of January for you. Listen out for lightbulb moments, ideas that appear out of nowhere and help you make progress.

There’s also a powerful Full Moon that takes place this month that could also be an important turning point. The Full Moon takes place on January 12th, the same date as Mercury re-enters Capricorn.

During the Full Moon, the Sun sits next to Pluto in Capricorn and both planets oppose the Moon in Cancer, the sign which rules travel and study. In addition, the Full Moon is squared by the big planets, Jupiter and Uranus, in opposition.

These two planets represent unconventional moves, breaking away from tradition and for you they light up your work and routine, your health and your lifestyle. It’s these areas where you might choose to do things differently.

This follows on from the astrology which was so powerful at the end of November and the end of December 2016. The theme of change runs throughout this dynamic planetary picture. A cardinal Grand Cross, perfect for saying Yes to life.

You can see that January is not a month to do things the same, to stick to routine. Instead, you’re advised to keep searching out new opportunities and actively look for ways to do things differently. Whether you want to travel, study or have a life-changing experience, now’s the time to sign up.

Things turn a bit more practical towards the end of the month. This is because the Sun enters Aquarius and your home and family sector on January 19th and there’s a New Moon in the same sign on January 28th. If you want to move things around at home, look for property or get together with family, this is the time to do so.

In addition, your ruling planet Mars leaves Pisces on January 28th and enters Aries, a sign in which it’s strong. The decisions you make about your work or lifestyle mid-January can now be implemented and put into action.

Mars in Aries wants to make things happen and fast. Start a new exercise routine, commit to a healthier lifestyle or choose to work smart not hard. Whatever your personal preference, it’s time for action.