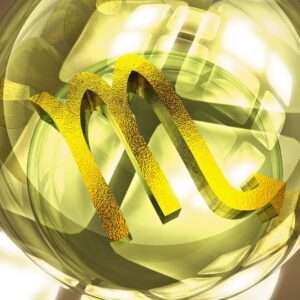 It’s always important when your co-rulers, Mars and Pluto, come together. This happens early on in February on the 2nd but rather than working together, these two strong planetary energies clash.

Mars is currently in Aries and your work and health sector where it’s been since New Year’s Day. Mars in Aries is great for speeding through your list of things to do, finding work and getting on with the job at hand. It’s potentially quite stressful, however, as Mars’ pace is full-on and never slow.

Therefore, the Mars-Pluto encounter might signify a change in pace. Perhaps a health or stress issue stops you in your tracks or you hear about a work contract coming to an end. Sometimes, Pluto negates what it touches as it’s an extreme planet.

Plus, with Pluto in Capricorn and your communication sector, this isn’t the best time to initiate an argument at work. Rein in your Mars temper if it might get you into trouble.

There are obviously times when it’s right to stand up, speak your mind and be assertive. If someone’s let you down, perhaps with regard to your work or health, then you will feel aggrieved.

Rather than put all your energy into attack, however, channel your strength inwardly. Mars is in Aries until the 14th and is great for building stamina and strengthening your inner resolve. If you’re busy at work or out in the world, the pace will continue for the first couple of weeks of the month.

February 13th is a significant turning point. This is when Mars teams up with Uranus in Aries and these two revolutionary planets have been having an ongoing love affair of late. This stirs up the side of your nature that wants to instigate change out in the world. Mars/Uranus is the activist, the protester.

When these two planets come together, you can’t not take action. They are spontaneous and impulsive and great for getting things done and fast. Your efforts over the six weeks while Mars was in Aries could pay off big-time, perhaps with the launch of a website or a campaign that goes viral.

Don’t take any unnecessary risks, however, especially physical. Aries rules the body and Mars/Uranus can symbolise mishaps or accidents if you don’t take due care and attention.

Mars leaves Aries on the 14th followed by Uranus moving out of Aries on March 6th and Uranus won’t be back for another 84 years. If work’s been unpredictable over the last eight years, you might be ready for a more stable period moving forwards.

However, this month, on the 18th, Chiron, the wounded healer, moves into Aries where it remains until 2026/2027. Therefore, you are still playing a key role at work or in your daily life and the side of your nature that’s a crusader and rebel remains strong. Chiron is the mentor and teacher and you will find it hard not to become involved wherever change is needed or injustice is rife.

There’s strong influence on your personal life this month too and it’s here where you’re wise to turn your attention. Both talk planet Mercury and the Sun are in Aquarius and your home and family sector until the 10th and 18th respectively.

Plus, the New Moon on the 4th falls in Aquarius, offering you a chance to start over in these areas of your life. This might be particularly important following on from the Lunar or Full Moon eclipse on January 21st. This cut across the foundations of your life, signalling an ending.

It’s the New Moon on the 4th which is the chance to begin again or make key moves with regard to your home, property and family matters. There’s strong support from other people too and this could be a promising time for sorting out money or becoming wealthier.

You have big planet Jupiter currently in Sagittarius and your personal money sector. Jupiter teams up with the Sun on the 8th, a good day to pool resources with family or make a savvy property move. Jupiter’s generous and protective so you might want to help someone close to you or offer money towards a family event or get-together.

Love is under the cosmic spotlight in the second half of February. This is because talk planet Mercury moves into Pisces and your romance sector on the 10th followed by the Sun on the 18th. Plus, on the 14th, your ruler Mars enters Taurus and your relationship sector where it remains until the end of March.

This is the time to connect with your emotions and work towards stabilising your long-term relationships. The Full Moon on the 19th could be a significant date in this respect as it falls across the Virgo/Pisces axis of the zodiac.

This is great for emotional connections or meeting someone new. It’s a good date to get together with the people who matter to you most in the world. This might be your children, a lover or someone who’s dear to your heart.

In fact, Valentines Day, the 14th, could be special this year as Mars enters sensual Taurus and your relationship sector on the day itself. It’s up to you, however, to lead the way and reconciliation is a key theme of your month ahead.

Remember that Mars rules anger as well as passion. Ideally, with the lovers of the heavens, Venus and Mars, both in earth signs this month, you’re craving stability in love or a simple life. The reality could be slightly different, however, as Mars in Taurus won’t put up with an unsatisfactory love life.