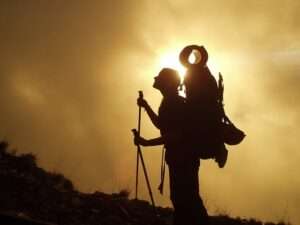 Today’s Solar Eclipse in Scorpio is important for more than one reason and to gain the full picture, you need to look back to what was happening in your life towards the end of 2012.

On October 5th 2012, Saturn entered Scorpio and one month later on November 13th 2012 there was a total Solar Eclipse at 22 Scorpio, the first eclipse in a new Taurus/Scorpio eclipse cycle.

Saturn moves on from Scorpio at the end of this year on December 23rd 2014 and tomorrow’s Solar Eclipse is the last eclipse in the Taurus/Scorpio eclipse cycle. We are nearing the end of a two year period that’s been dominated by intensity and power (both good and bad).

If you’re a Scorpio or you have key planets/angles in Scorpio, you will know that Saturn in Scorpio isn’t a breeze. It’s the opposite; it can feel relentless, hard work as if you’re climbing a mountain step by step. With three planets in Scorpio, I know only too well that there are certain issues in my own life which I’m more than ready to let go of and move away from.

When you reach a dead end, a perfect symbol of Saturn in Scorpio, you have two options; you can either give up or break through and rebuild. Whether it’s your health, your work, your relationships or your resolve that have been tested, the end of this cycle is closing in and today’s eclipse is the beginning of that ending.

Saturn will conjunct Venus, the Sun and Mercury next month, November, so it’s helpful to know what you’re bringing to conclusion, what you’re ready to let go of and put behind you. As the end of this year rolls ever closer, you get more than one chance to say goodbye, to complete your unfinished article, to turn a new page.

There’s an art in endings that done well brings a sense of satisfaction and completion and afterwards a huge sense of relief that you not only survived but you emerged stronger for the lessons learned, as tough as they might have been.

At today’s Scorpio Solar Eclipse, you’re nearing the peak of your personal mountain. Are you ready to start your descent, take what you’ve learned and either rebuild or move on?