In the previous blog, I talked about Kate Middleton and her Saturn return, which happens age 29-30, an important stage in a person’s life when major decisions and commitments define who you are as an adult. Saturn is currently in Libra, the sign of relationships, and this has been an important transit for many Librans (key birthdays: 23 September-22 October).

Saturn moved in to Libra in October 2009 and will remain there until October 2012. It’s transit through the sign of relationships has coincided with some high profile Libran celebrities ending their long-term and rock-solid marriages and relationships. This wasn’t surprising from an astrological point of view as Saturn transits are hard work and, in it’s negative context, Saturn symbolises endings, sadness and disappointment. 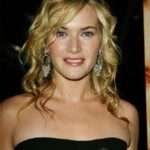 Libran actress Kate Winslet (born 5 October 1975) split up from Sam Mendes after a 7 year marriage in March 2010 and Libran comedienne Dawn French (born 11 October 1957) announced the end of her 25 year marriage to Lenny Henry in April 2010.  Both marriages had been viewed as two of the strongest in the celebrity world.

December 2009 was also the end of the road for another long-term relationship of 23 years, this time between double Librans, the actress Susan Sarandon (born 4 October 1946) and her husband Tim Robbins (born 16 October 1958). Saturn in Libra has not proved easy for another Libran couple, Catherine Zeta Jones (born 25 September 1969) and Michael Douglas (born 25 September 1944) with Michael undergoing cancer treatment in 2010 and Catherine being treated for bi-polar disorder in 2011. 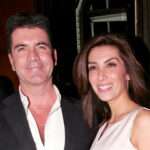 However, every planet has a silver lining and the positive aspect of Saturn is the fact that it rules commitment, not only endings. In February 2010, Libran Simon Cowell (born 7 October 1959) announced his engagement to Mezhgan Hussainy and so far, all is on track for Simon’s first marriage, in his 50’s.

With Saturn in Libra, the key to marital and relationship success is to work hard at love, to acknowledge you’re taking on a major commitment and to stick to a project that requires your love and dedication 24/7.  Simon and all Librans would be wise to knuckle down and realise that nothing comes easy under Saturn’s command.