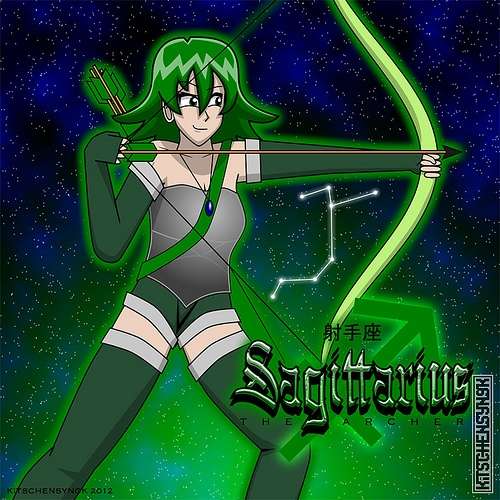 As October begins, there’s a shift in the heavens that turns you inward or finds you working behind the scenes. Mercury, planet of communication, moves into Scorpio and the sign before yours in the heavens.

This is the sector of retreat, secrets and all that’s hidden. For some reason or another, you may have something to hide or be working on plans that you don’t want to advertise publicly. You may feel that you need more quiet time in your life to work on a private project or focus on a spiritual path.

The sayings ‘heal thyself’ and ‘know thyself’ spring to mind with Mercury in the depth sign Scorpio where it remains until early December.

This is brilliant for analysis, research and a deep level of soul-searching. Saturn has been in this part of your chart for the past year a nd for some it’s brought difficulties in the form of illness, unemployment or a slower pace of life. This is because Saturn here opposes your house of health, your work and your everyday routine. Mercury joining Saturn can bring you answers so listen up on the 8th and 29th when Mercury and Saturn connect in the heavens.

Mercury is slowing down however and from 21st October-10th November, Mercury enters its retrograde period. This may take you on a circuitous journey to find the answers you seek and it may feel like a case of one step forward and two steps back. Be deeply patient whatever you’re dealing with in your life and understand that answers will come but perhaps in their own good time. You’re on the final stage of a journey and come late November/December, your health, vitality and joie-de-vivre will be back in style.

That’s not to say good times are missing this month as Mars, planet of action, is in your fellow fire sign of Leo until the 15th and Venus, planet of love, enters your sign of Sagittarius on the 7th where it remains throughout the month.

Embracing life to the full and expanding your vision helps you focus on the future and what next. Travel, study and adventure are well-starred so book a holiday or a course in which you’re interested.

If you’re looking for love, Venus in your sign is a cue to show other people your happy self as it’s by being popular and enthusiastic that you’ll get yourself noticed. The 16th is a wonderful day for a date or meeting someone new when Venus teams up with spontaneous Uranus in an easy aspect. Don’t leave love to chance but use this opportunity to initiate and take action.

Another good day for love is the 5th when there’s a New Moon in Libra opposing livewire Uranus. This can bring new romance into your life quickly although it may not go down well with a friend or a group of people you know. Whether this is because the person you’re attracted to is not completely available or others are shocked by your choice of partner remains to be seen.

It has to be said that Mercury is your partner planet as it rules Gemini your opposite sign and with Mercury hidden in your chart now until early December this does speak of an affair or a relationship that must remain secret or private for now.

There could also be issues with other people close to you early in the month when there’s a Cardinal T-square involving Sun Libra opposite Uranus Aries square Pluto Capricorn on the 2nd/3rd. This is a challenging combination but it may help you to think back to late August and mid-September when there was a similar planetary aspect in the heavens. This could flag up a difference of opinion with a friend, group, child or lover and it may feel as if it’s a repeat scenario of what took place over the last couple of months.

If the issue’s to do with money, tempers could flare quickly especially if you’re owed cash that’s not being repaid. In a similar vein, take care if you’re lending money to a friend or child especially if you sense that it will quickly disappear into a bottomless pit. If you want to talk about money matters with a friend or child and try and make sense of what’s going on, then the 7th is a more helpful date that will bring a new perspective or a deeper understanding.

There’s also a lunar eclipse on the 18th that could again signal a deja-vu scenario with the Sun in Libra opposing the Moon in Aries. Aries has a quick temper whereas Libra wants to negotiate and sort things out. Plus eclipses are often dramatic points of change where outside events take place to move a stuck situation. What’s important to remember at a lunar eclipse is that there’s likely to be a disagreement and opposing points of view. It may be that you simply have to admit to yourself that you can’t make everyone happy all of the time.

Finally this month, Mars enters Virgo and your career sector on the 15th and work will soon take on high priority in your life. You can put petty arguments to one side and focus instead on earning a good income and getting your work and finances in order. Even with Mercury retrograde, a useful Mars-Pluto trine aspect on Halloween the 31st suggests that hard work combined with a clever strategy can move your career in the right direction.