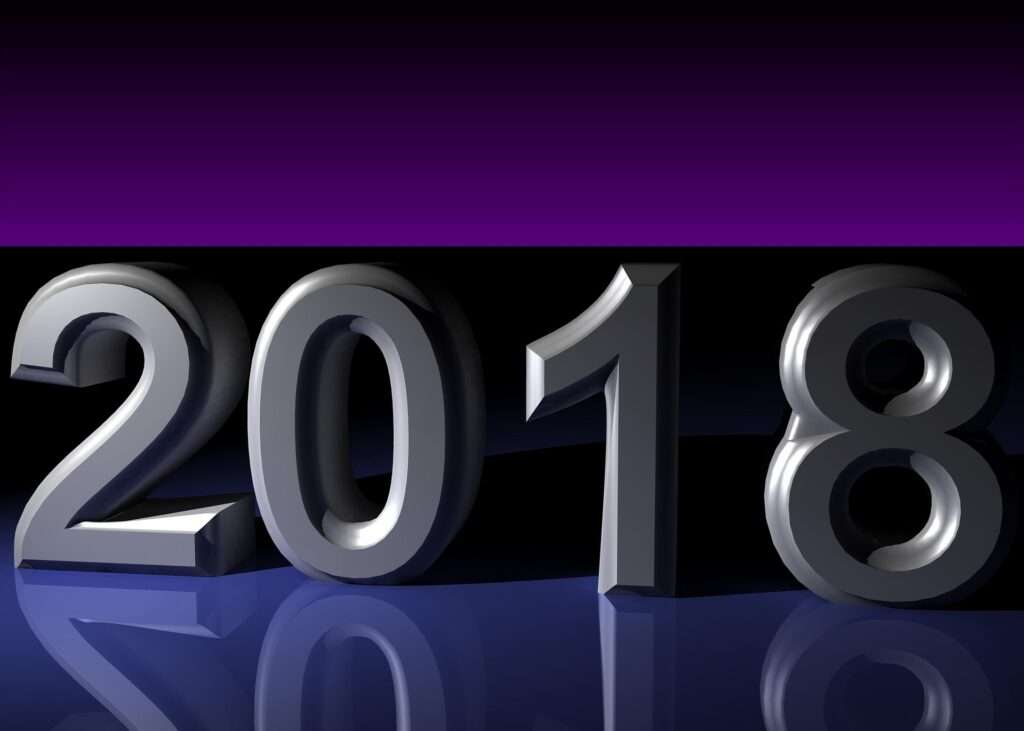 There’s plenty to look forward to as one year closes and a new year begins. The planet of communication, Mercury, starts 2018 in your star sign Sagittarius and is retracing its steps in the zodiac from late November/early December.

Whatever personal plans or goals were put on hold last month, here’s your opportunity to pick them up again. Get creative with what you want to do in your life, not only in January but in the year ahead.

This is the time to close the door firmly on the past and Saturn. You no longer have the task-master of the heavens in your star sign so don’t let anyone or anything stop you or hold you back a moment longer.

Plus, Mercury’s move through Sagittarius is paving the way for Mar’s entry into your star sign Sagittarius on the 26th where it remains until March 17th. Mars is the planet of action, perfect for go-getting, dynamic activity and leading from the front. The ideas you create early in January (Mercury) can be turned into active goals later in January (Mars).

This month, you also have your ruling planet Jupiter in pole position. Jupiter is currently in the water sign, Scorpio, immersing you in deep analysis, a spiritual journey or preparation for what lies ahead. Scorpio is Sagittarius’ previous sign and represents a private and hidden sector of your horoscope.

In brief, this means that the important work you do now is on your self. Turn your attention inward and delve deep to find out more. The in-depth work you put in now will reap you rewards by the end of the year.

As January begins, positive planet Mars is also in Scorpio and, on the 7th, Mars and Jupiter come together in the the zodiac. This is fiery and determined and full of enthusiasm and energy. You may experience an epiphany on or around this date or be ready to enter into a whole new period of learning and transformation. If you want a confidence boost, start within.

There’s also strong focus this month on your values and what matters to you greatly. You might find you’re more than ready to leave certain beliefs or values behind as you move forward.

It’s the same when it comes to money and possessions. If you find yourself in the mood for a serious de-clutter and a desire to minimalise your life, you’re in sync with your stars. This could stem from financial circumstances or perhaps you’re starting to realise that less is more. You want to embrace life experiences but not necessarily all the trappings that go with success or making your way in the world.

Both the Sun and Venus are in Capricorn and your money sector as January begins, where they remain until the 20th and 18th respectively. The most important dates in this respect are the 8th to the 10th when there’s a flurry of planetary activity lighting up your money and value sectors.

This pulls in the planet Pluto which has been in Capricorn and your money sector for a long time, in fact the last ten years. Add to this the fact that you have the taskmaster of the heavens, Saturn, in Capricorn and you’re having to rethink what’s important.

These planets urge you to spend rather than save, to consider you financial future and create long-term money goals. There’s a theme of austerity around Saturn and when it’s in your money sector, it’s rarely a time of abundance. Another reason perhaps why less is more. You might discover ways to make your money go further now, actively seek out money bargains or recycle what you already have.

It’s true that with Venus in Capricorn, you often want to treat yourself and the ones you love but it’s not the best time to do so. This is especially pertinent on the weekend of the 13th/14th when both the Sun and Venus in Capricorn clash with unpredictable Uranus in Aries. Any money purchases could be swiftly regretted and it’s not wise to take risks when Uranus is in conflict with the personal planets.

The themes of make-and-mend and recycling could be especially strong mid-month. On the 16th, there’s a powerful planetary connection between your ruling planet Jupiter in Scorpio and the planet of transformation, Pluto in Capricorn. Together these two planets are about uncovering hidden riches, so don’t count out finding a treasure in the attic or a family heirloom that you can sell.

This is also about being resourceful, however, and making intuitive cash decisions. Trust your natural instincts close to this date. Hidden treasure doesn’t have to be material but it may be that by peeling away the layers, you discover personal insights and understanding that are invaluable to you. Delve into the past or your psyche, whatever feels right for you.

The Full Moon on the 2nd and the New Moon on the 17th also light up the money sectors of your horoscope. Money and emotions are linked now, so think carefully about what you invest in and when to give and when to be open to receive.

Love isn’t foreground, but the key week is the first week in January. Unpredictable Uranus turns direct in Aries and your romance sector on the 2nd and four days later teams up with your partner planet Mercury in your star sign Sagittarius. This could prove revealing in a good way or bring someone new into your life.

If you’re in a long-term relationship or marriage, focus on practicalities and deal with money and security matters first and foremost.

Finally, there’s a second Full Moon in January, which is a Lunar Eclipse on the 31st. This lights up the Leo/Aquarius axis of the zodiac highlighting travel and study and triggering your wanderlust. Connections close to home could prove inspirational or lead you down a new path.