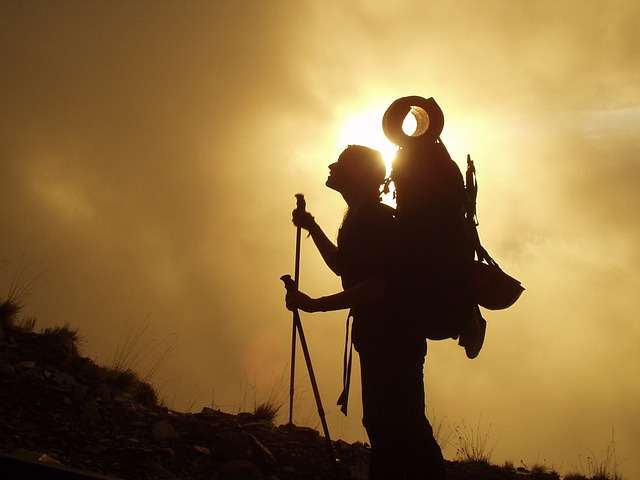 There’s a lot going on in the month ahead and there could be some significant wins but also losses. Plus the astrology feels chaotic as if it’s hard to get into a regular groove. You may not want to either, but prefer to live life on the edge.

One reason why this could out to be an important month for you is because your ruling planet Jupiter makes two significant aspects with slower moving planets. Jupiter is currently in Libra so this is about your friends and groups on the one hand, how you fit it into society and the different roles you play.

It’s also about your future however, your hopes and wishes and looking ahead. Your sign of Sagittarius is visionary and you’re often happiest in life when you’re making new plans and lining up a big adventure.

On the 4th, Jupiter clashes with Pluto in Capricorn and your personal money sector. This is an aspect to be wary of and it doesn’t indicate that this is a good time for big money moves.

Instead, you might even decide to pull your money out of a project or cut financial ties. At the very least, don’t throw good money after bad and be wary of lending money to a friend or to support a project unless you can afford to do so or you can afford not to get the money back.

The Jupiter-Pluto clash is the third and final confrontation between these two planets. They first came together in November 2016 and for a second time in March 2017. So this is the end of the road for something that started 10 months ago. The key is to notice where you’ve lost faith or you find yourself feeling more negative than positive about a project in which you’ve been involved.

The second Jupiter connection comes at the end of the month on the 27th and it’s a stunning planetary aspect for you. Your ruler Jupiter teams up with Saturn in your sign of Sagittarius and this does feel like progress, turning dreams into reality. Jupiter represents hope and faith and Saturn offers the building blocks to make things happen.

Perhaps these Jupiter aspects represent doing things differently, noticing what’s not working out and taking a different approach. There might be good news for a legal matter on or around the 27th and the Jupiter/Saturn combination also favours education and learning.

Don’t keep banging your head against a brick wall or doing the same thing over and over now. Once you look at life from a new perspective, you find a solution that works for all.

This could also be one of the themes of this month’s eclipses, always powerful pointers in the yearly calendar. The first eclipse takes place on the 7th and it’s a Lunar or Full Moon eclipse cutting across the Leo/Aquarius axis of the zodiac.

This highlights education in your chart, long-term plans, your beliefs, your philosophy on life. Sometimes at a Lunar Eclipse, you find yourself at odds with another person, up against tough competition, a situation in which you find someone else’s values or actions intolerable. Try not to fan the flames if you’re disappointed in someone but instead take the higher, moral ground when possible. This is a good tip throughout the month.

The second eclipse is a Solar or Full Moon eclipse which takes place on the 21st. This is exciting and adventurous for you and it’s the culmination of a lot of planetary activity in the sign of Leo. Leo is a fellow fire sign and it rules the bigger picture in your chart. All the activities you love such as travel, learning, adventure.

The Sun’s in Leo throughout August until the 22nd and it’s joined by passionate, active Mars. So if you’re on a big journey this month or sunning yourself somewhere exotic, it’s ideal timing.

In fact, the Solar Eclipse could bring something very exciting your way as it connects with live-wire Uranus in the other fire sign Aries. This creates a Grand Triangle with your own sign of Sagittarius, so you’re in your element now.

Don’t take any unnecessary risks but do notice who comes into your life or the opportunities that arise. After the first week, you’re backed by lucky Jupiter as it teams up with the Sun in Leo on the 10th and action planet Mars on the 20th.

There is a sense that what you touch this month will work out and even though the eclipses could shake up your life, you’ll land on two feet. New opportunities could arise now via an unexpected or unusual route. Another reason why it’s worth living on the edge and exploring your creative or spiritual side.

Finally, this month it’s important to note that communication planet Mercury turns retrograde on the 13th. So this feels like another story happening at the same time as you embrace adventure or a new philosophy.

Mercury is currently in Virgo, your career sector, and it remains here throughout August. New ideas could come thick and fast in the first two weeks. However, for whatever reason, they need time to gestate or you need to stop, let your excitement cool and see how you feel in early September.

Sometimes you can jump the gun when Mercury’s retrograde and sign up for a job or new contract only to find something better waiting just around the corner. Or perhaps you’re currently out of work or exploring different options in life. Either way, this is the planning stage and September is the month when your plans get the go-ahead.

Mercury is also your partner planet so it could be a tricky month for relationships when you have to move cautiously. Money could be an issue in a love relationship and over-spending or over-giving isn’t wise. Most importantly this month is deciding what you want and your next steps. This is where progress can be made.