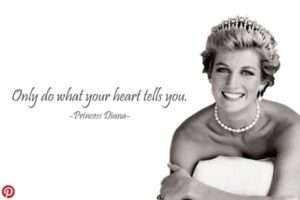 Princess Diana died in 1997 but her legacy lives on. Here’s a snippet of my article for Horoscope Friends reminding us all why she was the ultimate Cancerian:

1. The Name
Cancer is the sign of the zodiac that’s ruled by the Moon and one of the most famous Moon goddesses in mythology was named Diana. A Roman Goddess, Diana meaning ‘heavenly’ or ‘divine’ was goddess of the hunt and the virgin goddess of childbirth and women. In mythology, Diana was one of three maiden goddesses who swore never to marry.

It would be interesting to know whether Princess Diana was aware of the mythological status and history behind her name. Sources state that she was named after a distant relative who was also known as ‘Lady Diana Spencer’ before marriage and like Diana was a prospective Princess of Wales…”

You can read the rest of the article on the Horoscope Friends site by clicking here.