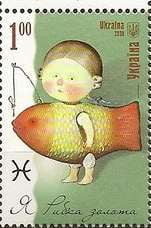 The Full Moon on the last day of August was a powerful Blue Moon in your own sign of Pisces. An emotional Moon, the deep emotions continue on the 1st September when Neptune your ruling planet opposes Mercury. Neptune is the planet of romance and it may be that the reality of your love relationship (whether you’re in or out of love) doesn’t fit your dream.

Neptune is about looking at life through rose-coloured glasses and the beginning of September is a chance to bring the ideal closer to the reality. Find a way to match the two and you’ll be amazed at how satisfying love and a relationship can be.

Of course this won’t apply to everyone and for some, when you take away the rose-coloured glasses, you realise there’s not enough to sustain you and that the reality of a relationship is a disappointment. The first two weeks of September are your chance to communicate honestly with a partner and to communicate honestly with yourself about what works and what doesn’t work and what you can do to fix it.

Both the Sun and Mercury, your partner planet, are in your opposite sign of Virgo and Virgo loves to be practical, make lists, write things down and sort out the pros and cons so you’re dealing with the facts. The 10th is an excellent date for a heart-to-heart and the New Moon on the 16th offers a fresh start, a chance to begin again in love and get things right this time around.

You are one of the signs that has two ruling planets, the first being Neptune, God of the sea, and the second being Jupiter, the Sky god and planet of opportunity. Jupiter has been down at the base of your chart in Gemini since early June and remains there until June 2013. This is about your home and where you live. Some of you will move this year or want to expand your home. Family play a key role too whether you’re celebrating a special anniversary, birthday or other family get-together. Jupiter’s expansive and urges you to take risks and live life to the full.

On the 2nd, there’s an invisible shift in the heavens which is a trigger for Jupiter’s expansiveness. This is the movement of the Moon’s nodes, karmic points in the chart and the nodes are determined by the pathway of the Moon. The south node is often where you’re ‘stuck’ in life, it’s your comfort zone, an easy and safe place to be. On the 2nd, the south node leaves Gemini and this triggers a release; it allows Jupiter full rein and offers you freedom and hope.

Also this month Mars, the action planet, is in your fellow water sign of Scorpio, ruling travel. These two factors together suggest that you’re going to be restless and want to seek out new experiences, embrace adventure, live somewhere new, travel, take a sabbatical. It’s a dynamic combination and it’s the perfect month to follow your dream. Study is well-starred and in particular taking a home study course. Think big and create greatness in your own life.

Finances are changing too for a couple of reasons. Firstly, Saturn, the planet of limit and restriction, has been in your joint finance sector since 2009. But on the 5th October, Saturn moves on so it’s completing its journey through this part of your chart. This is going to free up your finances in some way, whether a financial burden is lifted or money comes to you from a different source. Any money that’s owed will be with you by the Full Moon on the 30th.

However, don’t expect a smooth transition as we’re talking a rocky road planetary wise from the 19th. On this date, there’s the second Uranus/Pluto square, a volatile combination. The first square took place late June so look back to that time to see what happened then to help you make sense of this month’s events. The key for you is Uranus being in Aries and your own money sector. With Uranus things happen quickly, it’s about shocks and surprises and you’re as likely to lose money overnight as you are to become a millionaire overnight. Anything goes with Uranus and you benefit when you embrace the new.

Let go of some of your attachments to what money means to you. Create a free and easy flow in your own life of giving and receiving and you’re more likely to be rewarded. With Uranus there’s no point holding on tight as freedom is paramount. It’s the kind of energy that’s exciting but scary. It’s also the perfect opportunity for you to consider new ways of making money and look at online ventures in particular. Do be wary of what you commit to late September, especially concerning a friend’s recommendation, but look into everything thoroughly and once you’ve made up your mind, come the Full Moon on the 30th you’re ready to improve your financial situation.