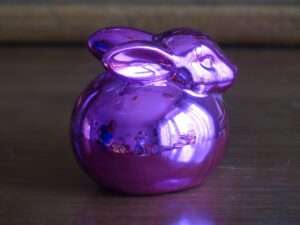 It’s your birthday month and the Sun remains in Pisces until the 20th. When the Sun is in your sign, this is the time to celebrate and have fun but it’s also a peak period to focus on your personal goals and ambitions, your image and appearance.

Pisces rules the sector of your chart that’s about you, who you are, what you want out of life and this includes how other people see you. The Full Moon on March 5th cuts across the Virgo/Pisces axis of your chart and this focuses directly on you v. the other; it’s about your 1-to-1 interactions and your relationships both personal and professional.

At the time of the Full Moon emotions are heightened and you see your situation clearly. This can be a key turning point in the month for you with regard to love and relationships. Your head and your heart are in unison so follow your instincts and let your emotions be your guide.

On a personal front, there’s magic and power now within your friendships and your interaction with other people you meet through a group, club or social network. During the Full Moon, the Sun combines with Pluto in Capricorn ruling this sector of your chart. Together you’re stronger and whether you want support for your own plans and ideas or you’re willing to help other people towards a common goal, here’s your opportunity.

Your sign is compassionate, caring and charitable and you gain great fulfilment from helping others, although you must watch that you don’t over-sell this side of your nature and give too much without receiving anything in return. Aim for a healthy balance of give and take.

Mercury, the communication planet, enters your sign of Pisces on the 13th and the second half of the month is especially important for your personal goals and ambitions and what you want to achieve. When Mercury’s in your sign, you find your voice, you can speak up and be heard.

This is good news if you’re working towards an important conversation and good news too if you’re involved in sales or marketing. Get your message across, write your memoirs and talk about your personal experiences, say it from the heart.

Mid-month there’s a potential obstacle in your path when Mercury clashes with Saturn in Sagittarius on the 16th and floats into Neptune in your sign of Pisces on the 18th. This is the start of another important square in the heavens, between Saturn (reality) and Neptune (fantasy). This can be a tricky one to get your head round and if anything it might expand the side of your Piscean nature that finds it hard to distinguish between fact and fantasy.

Saturn in Sagittarius is up at the top of your chart so this is about your career and vocation, your status and reputation. You might realise you’ve reached the end of the road with one path in life and if your work doesn’t represent who you are in a positive light, it will become more difficult to continue.

Do notice whether you slip into impossibility mid-month, believing that you’re not capable or you can’t achieve what you want. Find a way to sort out fact from fiction and give yourself as much ammunition as you can by writing things down and talking to people you trust.

On the 20th there’s a powerful Solar Eclipse in your sign of Pisces and this is often a major turning point. This is the first eclipse of a cycle that cuts across the Virgo/Pisces axis of your chart and continues until February 2017. This is going to be an important period for you with regard to your relationships, both personal and professional, who you team up with, who you partner with and the reverse, i.e. who you split away from.

This first eclipse is a Solar or New Moon eclipse which symbolises new beginnings but it falls at the last degree of Pisces and therefore the last degree of the zodiac. So there has to be an ending before you can start over or begin again. Tradition states that you need to wait a few days after an eclipse before taking action or making a big decision. By the 24th, you know what you want and need and the wheels you set in motion lead you down a new path.

Throughout March and especially in the middle of the month listen carefully to your instincts as the decisions you make with regard to your future vocation and where you’re heading in life could be turned on their head once the eclipse has been and gone. This is about you and a deep and powerful personal transformation. It might involve your goals and ambitions or your well-being and a personal makeover. Either way, it’s an exciting new beginning.

Your traditional ruling planet is Jupiter currently in Leo and the sector of your chart that rules your work, how you earn a living, your health and fitness. So there are common themes running through your stars this month and Jupiter is especially powerful on March 3rd when it makes a stunning trine aspect to Uranus in Aries. This is the second of three trine aspects between these two planets. The first aspect took place on September 25th 2014 and the third aspect will take place on June 22nd 2015. This is the middle one.

Jupiter and Uranus were sky gods in mythology and crave space and freedom. This combination represents a breakthrough or breaking free. In combination with the eclipse and events later in the month, March can be quite magical for you and your stars indicate that there’s a revolution underway that’s transforming your everyday lifestyle.

Look out for new opportunities that come in early in the month as these can guide you and point your way forward. Uranus in Aries targets your money sector so this may include a lucky opportunity to make cash and fast. It indicates overnight success and comes about through taking risks and playing like an entrepreneur. Uranus is the planet linked to technology and the internet.

Finally, the other major event this month is the 7th and final Uranus-Pluto square which takes place on March 17th. The first clash of these mighty Titans happened in June 2012 although its influence was felt a few years previously. This isn’t an easy combination and if your finances have been up and down for some time, this coincides with the Uranus-Pluto conflict in your own chart.

Things aren’t settled yet but as this is the final hoorah there’s a chance for you to learn from your past mistakes and to close the door on the past. Get rid of what doesn’t work in your life, move away from someone or something that’s a bad influence and reinvent yourself.

The same message is coming across loud and clear in March that you can’t go back to the old way of doing things; a revolution is underway linking your finances, your working life, your health & fitness. You have to keep your eye on the future and put one foot in front of the other. Resistance to change is no longer a viable option.