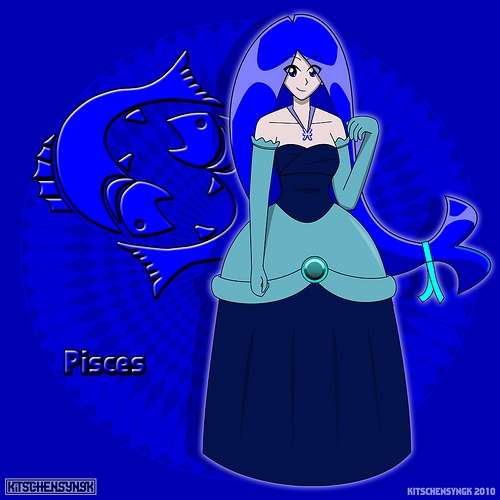 The spotlight’s on your work and vocation as December begins as the Sun is in Sagittarius up at the top of your chart until the 21st and is joined by Mercury, planet of communication, from the 5th-24th. Take note in particular of the 3rd when there’s a New Moon in Sagittarius, a great day to initiate new beginnings and make a fresh start.

If you’re looking for work, this is a wonderful date to apply for a job or accept part-time employment in the run up to the festive season.

Keep an eye on the bigger picture as well and you’ll benefit from planning ahead and looking to 2014 and beyond. This is a great month to create your intentions for next year and to focus on what you want from your life in 2014.

Another potentially exciting date for work and money matters is the 10th when Mercury teams up with the planet of spontaneity, Uranus, in a trine or harmonious aspect. Uranus is currently in Aries, the sign that rules your money and personal possessions.

Uranus is the planet of the unexpected so anything goes and you are more likely to find that your financial situation is filled with highs and lows rather than a steady regular flow of cash. Uranus’ energy fits the get-rich-quick mentality and changing your fortunes overnight. However, money can disappear as fast as it comes in as this isn’t a stable influence by any means. But the 10th may well bring good news or a chance to earn extra cash and it feels a lucky influence.

Another date that’s important for money matters is the 17th when Uranus turns direct in the heavens. This suggests a turn-around event, something unexpected which affects your income. Hopefully it works in your favour but do be aware that this influence is at large and be prepared for what may happen. If you’re buying Christmas presents online you could hear on or around this date that a present isn’t going to arrive in time and this year you’re wise to do your shopping early rather than leave it until the last minute. Having said that, you can find some good bargains on the internet as a lot of companies start to offer early sales.

Another reason why it’s worth your while planning ahead is because Venus turns retrograde on the 21st and as Venus is associated with the good things in life, this too can affect money. When a planet’s retrograde, it gives the illusion of moving backwards in the heavens and you’re wise to slow down the pace and not rush into anything. Venus remains on go slow until late January 2014 and with Venus retrograde in Capricorn, this suggests adopting a policy to save rather than spend and to be conservative where money’s concerned.

Another planet that’s affecting finances is Mars, the action planet, which moves into Libra and your joint finances sector on the 7th. Mars will remain in this sector of your chart for an unusually long time until late July 2014 as next spring Mars also turns retrograde. However, this month Mars is moving full speed ahead and it’s a good idea to initiate a financial review and look at your goals for the coming year. Mars is ambitious and in Libra suggests that joint ventures and financial advice can help you with regard to money.

In fact it’s important to take action whatever your current situation and not bury your head in the sand especially if you have debts or loans to sort out. Mars is good at getting things done so implement new strategies and become cash-savvy to either earn more or rid your life of debt. The important point is that you are pro-active where money’s concerned.

Mars is especially busy over the holiday period and on Christmas Day Mars clashes with Uranus and on New Years Eve Mars squares up to Pluto. These aren’t easy aspects and if you’re hoping for a peaceful Christmas, then you’re wise to keep money matters out of the equation. A small comment could easily erupt into a full scale row so play the diplomat and smooth things over if you know that cash and different spending styles could be an issue.

Also a word of caution about lending money to a friend or helping out financially with a group or club in which you’re involved. If you give money to someone else, do it in the knowledge that it might not be returned, i.e. in other words only lend money if you can afford it not to be repaid.

If you have been left in a difficult situation by a friend then be aware that things will change once Venus turns direct and picks up speed late January 2014. Until that point, you may have to be patient.

Finally this month there’s a gorgeous aspect involving your planet Jupiter which is currently in a fellow water sign Cancer, highlighting creativity, children, romance and entertainment and the good things in life. On the 13th Jupiter is in a harmonious trine aspect with Saturn and these two planets connect good fortune and opportunity with realistic plans and long-term success.

You may be a proud parent on or around this date or decide you’re ready to make a commitment to the one you love. Mars left Virgo and your relationship sector on the 7th so your love life should feel easier now and less temperamental. The 13th is a wonderful day to believe in magic and that good things do happen. Wherever you are and whoever you’re with this year, wishing you a very merry Christmas and a happy New Year.