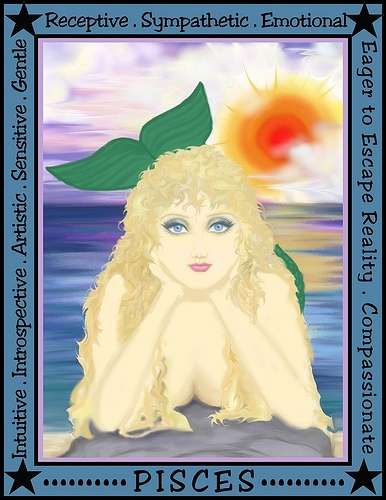 As the month begins, you’re given a green light to enjoy yourself and have fun. This is because there are three planets in your fellow water sign of Cancer and after last month’s fun and games due to Mercury retrograde, the planets are on a relatively smooth run through the zodiac.

In fact, you can expect good news on the weekend of the 3rd/4th. This is when Mercury moves out of its Shadow phase which means it’s at the same place in the heavens as it was on June 26th when Mercury turned retrograde. There’s a feeling of things coming full circle and a chance to pick up an idea or event that took place back then.

Cancer rules all the good things in life such as entertainment, romance, children and creativity. It’s about the things you want to nurture and help grow in life and is pleasure-oriented.

Mars in Cancer ups the passion factor this month too and if you’re looking for love, here’s your chance to join in the chase. Mars remains in this sector of your chart until the 28th making you potentially frisky but more competitive too. Mars adds drive and determination to the mix so you may have big plans for your kids and grand-kids or be determined to meet Mr/Ms Right or be ready to write or draw your masterpiece. Make the most of Mars’ dynamic energy in your creative zone.

The big news however is Jupiter, your ruling planet, also in Cancer where it’s been since June 26th. This is of course the date that Mercury turned retrograde so even though Jupiter’s filled you with promise, you may have found that Mercury’s stops and starts meant there were more let downs than big occasions last month. That energy now shifts and Jupiter promises to expand the good things in your life, whether you’re looking to add an addition to the family, you’re ready to fall in love or your creative juices are flowing. Jupiter remains in this sector of your chart until July 16th 2014.

Getting everyday life right is a big theme in August and this is due to the fact that the personal planets are moving through the sign of Leo which rules work, your everyday lifestyle and your health. It’s how you occupy yourself on a day-to-day basis and discovering what brings you fulfilment. The Sun’s in Leo up until the 22nd and the New Moon in Leo on the 6th is a great day to make a fresh start. Whether you want to start exercising, eat more healthily or begin some other activity that you know will benefit your energy and daily routine, it’s a great date to go for it.

Mercury, planet of communication, is also in Leo from the 8th-23rd so not only are you full of good ideas but willing to share what you learn and to gather insight from other people too. Some of you may be thinking about a new job or volunteering role and even though you think you’re only taking small steps this month, what you put in place has the potential to grow and be huge come next summer. This is when Jupiter your ruler moves into Leo and you can expand your ideas and vision big-time.

As the month begins one of the personal planets is in your opposite sign of Virgo and as this is the goddess of love, Venus, you can look forward to a fortnight of closeness or intimacy with your other half. Venus remains in Virgo until the 16th and coupled with the planets in Cancer and your romance sector, it’s potentially a heart-warming time for love.

Later in the month, both the Sun and Mercury move into Virgo on the 22nd and 23rd respectively. The spotlight moves to your other half or key individuals in your life, some of whom may have the upper hand. You may not be sure what to make of one person in particular as your co-ruler Neptune opposes Mercury and the Sun on the 25th and 27th. This colours the picture and it’s not easy to discern between what’s real and what’s fantasy. Take special care of yourself at this time and don’t allow yourself to be rushed into making a decision if you’re not ready.

This coincides with a Cardinal Grand Cross in the heavens which involves Jupiter opposite Pluto and square to Uranus which is opposite Venus in Libra. With both hyour money sectors involved, you may find that a battle ensues about who owns what or who earns what. Venus in Libra rules fairness and equality but with unpredictable Uranus in the mix not everyone’s willing to play by the rules. If kids or friends are involved in some way, then it makes for a messy picture. Be careful who loses and who wins and if in doubt, hold tight to your money and don’t promise anything you can’t deliver.

The good news is that Jupiter is powerful in Cancer as it’s the protective planet in the nurturing sign and this is an indication that the right thing to do is to protect your family and your assets. Whoever’s behaving badly, stand on the side of justice and your faith and belief will see you through. Jupiter promises positive change but you have to let go of whatever’s no longer working in your life and be willing to embrace what’s new.