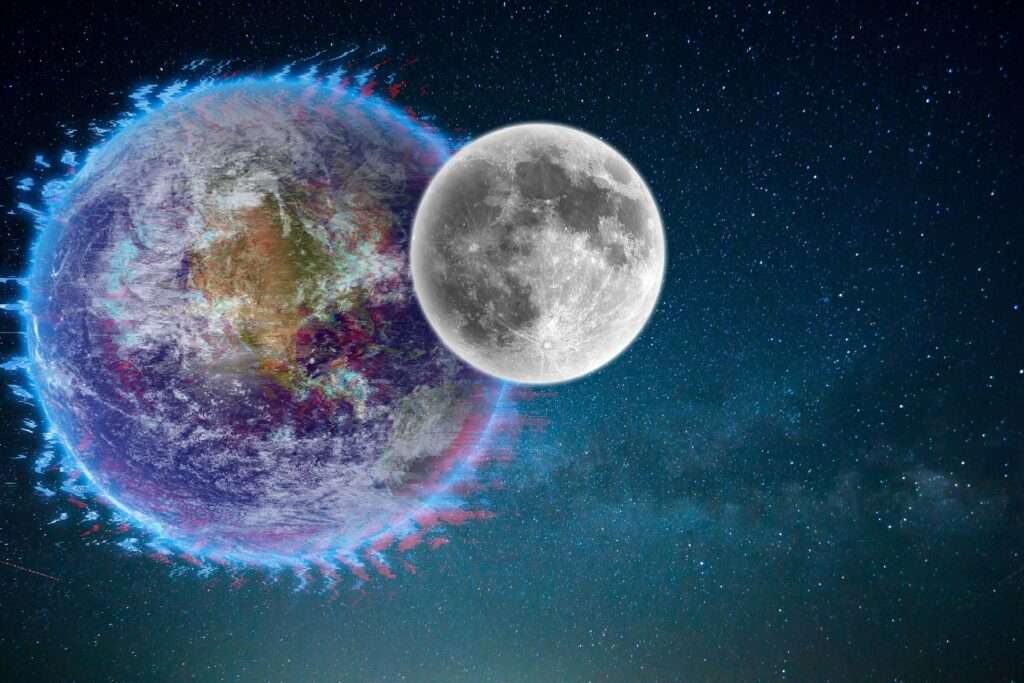 It’s a big month to try and get things right on the work and money front. However, with two planets retrograde during April, you can’t go directly from A to B. Success is there for the taking but it’s likely to come about via a circuitous route.

Money is under the cosmic spotlight as soon as April begins. The Sun is in Aries and this sector of your chart until the 19th and it’s heading towards a major showdown with some key planets. This will become evident close to the Full Moon on the 11th which cuts across the Aries/Libra axis of the zodiac highlighting money, what you own and earn and what you value highly in life.

Full Moons are illuminating and you often see a situation clearly during the Full Moon period. This time around however there’s added influence due to the fact that the Full Moon pulls in the Jupiter-Uranus-Pluto T-square which dominates the heavens for much of 2017.

Jupiter is your ruling planet and is currently in Libra, the sign that rules joint finances and shared resources. So it’s likely that when you’re dealing with money matters, this is not about what you earn independently but instead it’s money that you share with others.

If you’ve been involved in any kind of financial dispute or there’s been an imbalance in your financial situation tied in to other people, schemes or deals, the Full Moon can be exposing. This is a dramatic Full Moon which signifies over-the-top and extreme behaviour.

You need to be prepared for other people fighting unfairly and know that someone may go to great lengths to get what they believe is rightfully theirs. Fairness and equality are key in this Full Moon as Libra is the sign of the Scales, so be willing to compromise but don’t accept an unfair deal. In an extreme situation, however, this might be the time when you decide to cut your losses and run.

It doesn’t help that Mercury, the communication planet, turns retrograde on the 10th, the day before the Full Moon and remains on go slow until May 3rd. Mercury dips back into Aries on the 20th so you may be playing a waiting game or not be able to get to the truth of a situation until Mercury turns direct. In fact, if you are involved in any kind of challenging financial deal, it might be best to wait until mid-May to fight your corner.

Yet don’t let that stop you getting ahead and some well-calculated risks could pay off before long. There’s some stunning astrology taking place in your personal money sector linking in to your career sector. So perhaps it’s time to rely less on other people and more on your own ability to earn and do well.

So even though Mercury’s on go slow, you have a chance to create something new. Take what you know, use your experience and network in order to get ahead. Not everyone will be on your side once Mercury is retrograde but it will sort out who’s loyal and who’s not.

There’s also a theme of second chances whether you reconnect with someone from your past or try again where you failed once before. Keep pushing for what you want, focus on what next and come mid-May you could be pleasantly surprised when new doors open for you. Not every lead or idea will pay off but the more you put in, the more chance of success.

When planets are on go slow in the heavens, you have to learn to play the game, to review and reassess your situation and not give up but try and try again. This fits with a run of planets in the sign of Taurus and your communication sector throughout April.

This is about generating new ideas and meeting new people. Nothing is likely to succeed immediately with Mercury on go slow but that shouldn’t stop you sowing seeds. Community is part of Taurus’ theme in your chart so connect with people locally, catch up with your neighbours, meet up with your siblings.

The New Moon on the 26th also falls in the earth sign Taurus and this is an excellent date to start something new, to sign up to a course, to attend a talk, to be around new people, new influences. As long as you adopt a flexible attitude and keep your mind wide open, there’s a lot you can learn in the coming weeks.

This could be a stand-out month for love because love planet Venus returns to your sign of Pisces from the 3rd to the 28th. Venus was here at the start of the year in January and early February and Venus retreats back into Pisces this month and turns direct on the 15th.

So there’s also a theme of second chances when it comes to love and you may decide to reconnect with someone you met earlier in the year. Long-term relationships can benefit too from Venus’ transit through your sign. Prioritise love no matter how busy you are and don’t let work or money issues get in the way of intimacy and romance.

The Easter weekend is a stand-out few days as this is when Venus returns to direct motion after six weeks on go slow. Even if you can’t find the time for love in the rest of the month, book a few days to be with the one you love over Easter, between Friday 14th and Monday 17th.

This is also an ideal weekend to pamper yourself and put your own needs first if love isn’t a major priority. Focus on self-love and reboot or restore your confidence with some much-needed R&R (rest and retreat).