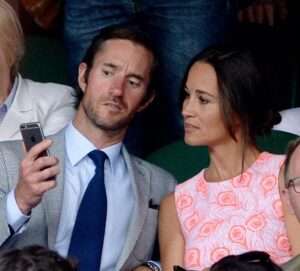 Below is a transcript of an article first published on Yahoo Style by Marie-Claire Dorking, asking me to comment on the astrological compatibility between Pippa Middleton & James Matthews. Today, May 20th 2017 is their big wedding.

“Pippa Middleton, the younger sister of the Duchess of Cambridge and her financier boyfriend, James Matthews, are set to marry on May 20th 2017 in Pippa’s hometown at St Mark’s Church in Englefield, Berkshire, followed by a reception to be held in a grand marquee in the nearby family home.

But while the finishing touches are being added to the church pews and the ‘no ring, no bring’ guestlist excitedly plans their outfits, Pippa and James seem to be taking the whole thing in their stride, which has sort of been the tone for their entire courtship.

After meeting back in 2007, Pippa and James – the older brother of ‘Made In Chelsea’ star, Spencer Matthews – had a brief romance in 2012 before rekindling their relationship in 2015. The pair first announced their engagement last July 2016, after around a year of dating.

According to the Daily Mail James spent 10 years trying to woo his bride-to-be, and friends say he knew the minute he set eyes on her that she was the ‘The One’. Sweet.

Other than that, however, we actually know very little about their romance, which is why we’ve turned to an astrologer to give us a little insight into the couple’s relationship.

“Star signs are an incredibly useful guide in relationships,” explains astrologer and writer Sally Kirkman. “When you have a general understanding of the 12 star signs, you can begin to understand a person’s strengths and weaknesses. This is helpful to see how you complement each other as a couple and where your needs may be different.” 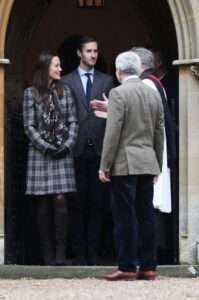 So are Pippa Middleton and James Matthews meant to be?

“Pippa Middleton was born on September 6 1983, which means she’s a Sun Virgo. James Matthews was born on August 21 1975, which makes him a Sun Leo,” explains Sally.

“This love match is all about looking good and feeling good,” Sally continues. “Leo and Virgo are next door neighbours in astrology, ie star signs that follow on from each other in the zodiac. Yet fundamentally these two signs are very different to one another. Leo is known as the royal sign and loves to be the centre of attention. In a relationship a Sun Leo wants to be adored and appreciated. Whereas Virgo is a modest sign and has a reputation for being prim and proper.”

So what does this mean for Pippa and James?

“A typical Sun Virgo, like Pippa, is impeccably turned-out and happiest in a role where they can be of service to others. Hardly surprising therefore that Pippa came to the world’s attention as maid-in-waiting at her sister’s royal wedding, a role that perfectly suited her Sun Virgo nature.”

“Yet though this might suggest that Virgo Pippa will be in Leo James’ shadow, this isn’t true,” Sally explains. “Pippa’s Venus, the planet of love and beauty, is also in Leo and her feminine charms are irresistible to James. They adore being in each other’s company.”

Sally believes the pair’s bond is so strong they may even have what’s known as a ‘cosmic marriage.’

“In astrology, this is when the Sun and Moon unite across two horoscopes, a symbol of unity,” she explains.
“Though a time of birth isn’t confirmed for Pippa, if she was born in the early hours of September 6th, her Moon will be in Leo, close to the same point in the heavens as James’ Sun. If love destiny is written in the stars, the soon-to-be-wedded couple compliment each other beautifully.”

Aww. Just like Kate and Wills, looks like we’re going to have another couple giving us total #relationshipgoals”