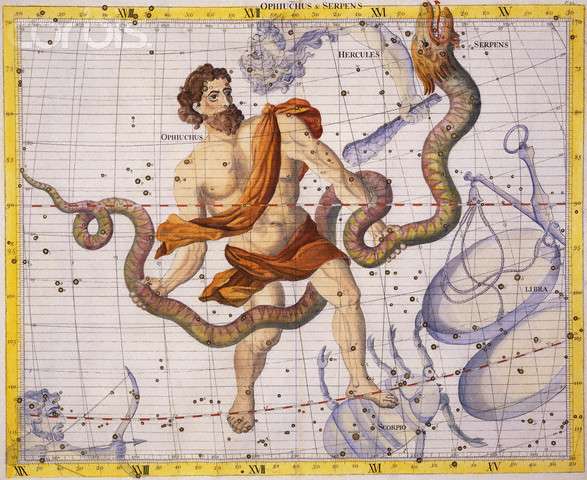 It’s the 13th day of the month which seemed an ideal date to explain more about the Ophiuchus controversy which reared its head in 2016 and not for the first time. This is one of the arguments that scientists wheel out every now and again to dispute astrology.

They tell the public there are now 13 signs, the original 12 star signs plus Ophiuchus. This means that the dates of each star sign have changed so you’re unlikely to be the same star sign you thought you once were.

When it’s the Spring Equinox, which takes place at the same point every year, the Sun always enters Aries, the first sign of the zodiac. Cancer coincides with the Summer Solstice, Libra with the Autumn Equinox and Capricorn with the Winter Solstice. These are the season markers for the northern hemisphere, opposite in the southern hemisphere.

This pattern repeats year in, year out. You can talk about the precession of the equinoxes which means that the constellations no longer line up with the ecliptic, the sun’s yearly orbit against the backdrop of the zodiac, yet this doesn’t affect western star signs. The star constellations and the zodiac signs are not one and the same thing.

The Symmetry of Astrology

Astrology is based on a beautiful pattern of symmetry with 12 star signs, 4 elements, 3 modes, 6 pairs of opposites. It wouldn’t be the same if a 13th sign was introduced into the pattern.

So never fear, no-one is going to have to say that their star sign is Ophiuchus, a name which nobody even knows how to pronounce!