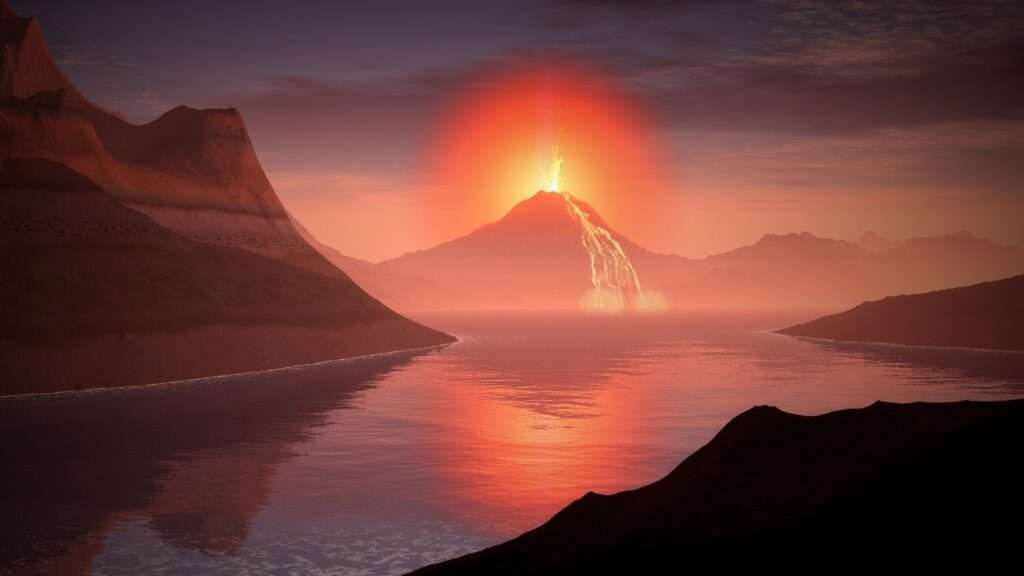 We are heading towards the New Moon, which this month takes place in Taurus, one of the earth signs. In traditional astrology, the Moon is exalted in Taurus, i.e. the Moon is comfortable here. Earth sign Taurus is a safe harbour for the emotional, changeable Moon, a place it feels protected, safe and secure.

Taurus rules food, produce, money, art and nature and the Moon in Taurus not only caters for your basic needs but allows wiggle room for some serious indulgence.

This, however, is a very special New Moon because, only three hours after the New Moon, the planet which represents change, Uranus, also moves into Taurus, for the first time in seven years. Uranus in Taurus is a different symbol altogether as it’s the planet of electricity coursing through the earth, bringing sudden shocks, uprooting and adding something entirely new to star sign Taurus.

You can’t help but think of the incredible pictures of the active volcano, Kilauea, in Hawaii and the lava that has forced its way through the solid earth, slowing consuming anything in its path – a clear symbol of Uranus in Taurus.

Therefore, this week’s New Moon has added frisson. It’s not your traditional New Moon in Taurus, a symbol of steady and well-planned new beginnings.

What Does It Mean?

Here’s what to think about with the current astrological symbolism. Uranus in Taurus might take away your safe base, your anchor, your roots. If this is true for you, this New Moon presents an opportunity to rethink where your values lie, what security means to you and your money strategy moving forwardd. Events this week could necessitate a fresh start and a reevaluation of your current situation.

Or another possibility, you’ve been digging in your heels around a change in your life that you know is overdue or you dearly want to initiate. Yet, you’ve been held back or you’re holding back. If this is true for you, consider the symbolism of the New Moon activated by Uranus entering the same star sign, and this is your chance to take a leap of faith. Do something wild and crazy, break out of your comfort zone and alter your routine.

If you’re launching a project on this New Moon or setting new intentions, be aware that they could take off like a rocket as your ideas go viral. Uranus rules technology, revolution, itchy feet and a freedom-loving spirit. Uranus refuses to bow down to convention but instead walks its own path. Bear this in mind too, during this week of active, exciting and dramatic astrology.

Here’s a quick reminder which areas of life are zinging for you (read both your Sun Sign and your Ascendant Sign):

If you’ve missed any of my previous articles about Uranus’ move into Taurus, links to the three part series are below.

Also, it’s worth re-reading your monthly horoscope as there’s a lot about this mid-month period to read and peruse. Here’s the link: Monthly.

Happy New Moon – may it be actively electrifying in a good way!