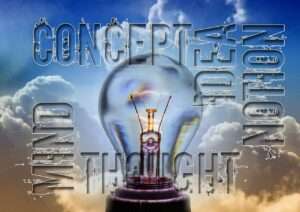 The planet of communication, Mercury, has been retrograde, i.e. on go slow for the last three weeks but today is the day when Mercury turns back to direct motion.

This is a heavenly ‘hoorah’ and reason to feel excited.

When Mercury turns direct this can bring in good news or the information you’ve been waiting for. Plans get the go-ahead and you often experience a surge of energy.

After three weeks feeling frustrated or bamboozled, your mind is back up to speed, you’re the king or queen of decision-making and this is often accompanied by a rush of confidence when you’re raring to go and keen to put new ideas into action.

Mercury turns direct in the air sign Aquarius so this is especially good news for anything technological or connected to groups and social networks in which you’re involved. All these areas get the green light and if there’s something specific you want to do with regard to technology, here’s your opportunity. Updates, purchases, sorting out your website, etc.

Communication is well-starred now so have that important conversation, pick up the phone, send a text or email that can make a difference.

Mercury turns direct at 1º Aquarius, close to where the New Moon took place in the heavens on January 20 2015, the day before Mercury turned retrograde. Check back to that date and see if there’s anything in your life that you could restart or try again with.

Mercury now has a smooth run through the heavens picking up a practical and productive sextile to Saturn in Sagittarius on February 19 2015 and remains in Aquarius until March 13 2015.

Mercury likes the sign of Aquarius as Mercury rules the mind and Aquarius rules systems and order. Plus Mercury in Aquarius is free-thinking, a symbol of bright ideas and genius innovation.

If you are someone who pays attention to the Mercury shadow period, this phase ends on March 3 2015. I’m a traditional astrologer and tend to stick to the exact Mercury retrograde phase which takes place for three weeks at a time three times throughout the year. If you take into account Mercury’s shadow, you’re in trouble for six months of the year which is too long in my opinion.

In my experience, Mercury direct is when you can make things happen and I’m a believer of pushing things through a couple of days before Mercury turns direct and following them up a couple of days after. This week’s stars are all about Mercury in Aquarius so make the most of it. Sort out any issues, breakdowns or general communication chaos now and plug back in.