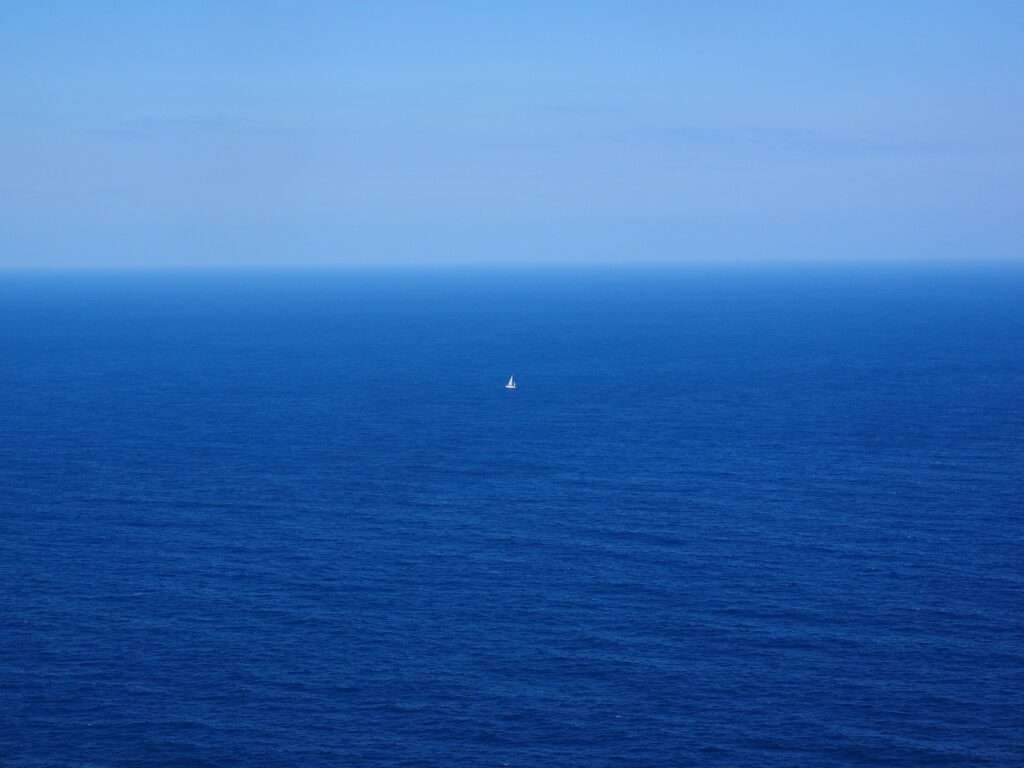 Communication planet Mercury turns direct this week. Usually, this is accompanied by a fanfare, shouts of ‘hoorah’ and other exuberant-style behaviour.

This time around, however, feels different. If you’ve lost your way, lost your mojo, got stuck in a time warp, you’re inhabiting a different dimension or you’re warped in a wormhole, you probably wonder ‘what the heck’ is going on.

The reality is that Mercury, the planet of facts and figures, is in Pisces, a boundless star sign. Mercury turned retrograde in the last degree of Pisces on March 5th and has been in the last sign of the zodiac for ever…! (February 10th actually).

Plus, Mercury is currently tightly glued to Neptune, Pisces’ ruling planet and is unable to unstick itself. Neptune is also at 16 degrees Pisces and Mercury and Neptune make two exact conjunctions on March 24th and April 2nd. Which means that Mercury is turning direct in a Neptune sandwich.

Cue visions of swimming in an endless sea, unsure when land might appear or what it will look like. Mercury and Neptune are the epitome of fake news. Can we believe anything we hear or read at the moment? The world of politics has gone mad and trying to sort out an urgent issue, like Brexit for example, is crazy-deranged under our current stars.

On a personal level, this may be a time of emotional or spiritual overwhelm. Pisces is one of the water signs and Mercury retrograde turns your attention inwards. You could be experiencing information overload, ideas overload or creative overwhelm. My desk is currently covered in post-it notes. At some point, they’ll need sorting out & prioritising or those ‘moments of genius’ will be pointless.

If you are a dreamer, a poet, an artist, a musician, a priest, a fantasy writer, a spiritual seeker, a star-gazer, a cosmonaut, you may be thriving under these Mercury/Neptune vibes. It’s certainly cosmic, psychedelic and potentially inspirational. It may not be so helpful if you’re trying to conquer an addiction or keep yourself sane. If that’s true for you, then please get advice, help, support.

Mercury’s change in direction this week can bring what’s hidden to light or elicit further information. Neptune is non-verbal and linked to untruths, whereas Mercury is verbal and linked to communication and the mind. Put the two together and you may be dealing with a sensitive issue, news of lies or betrayal or you find yourself disillusioned by other peoples’ behaviour.

Be aware that you’re feeling your way forwards now, at times ready to spark into action, at other times still unsure or disoriented.

In a way, we’re all lost at sea right now, a tiny boat on a vast ocean, before land and clarity and certainty return. It may take another week to reorient your compass on a personal level, but by then you’ll be sailing in the right direction. 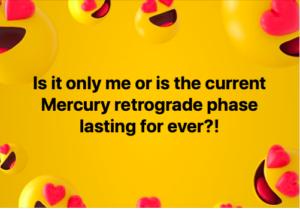 My meme almost went viral this week on social media.

So many of you identified with the comment I made on Monday of this week.