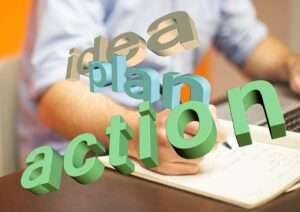 I received an email a couple of days ago from a client who’d been trying to book the ‘Ask A Question‘ service on my website but the link to purchase wasn’t working.

More likely than not, it’s been broken for the whole time Mercury was retrograde (May 19th until June 11th) or at least no-one’s booked that service until today!

Which is of course classic Mercury retrograde symbolism. For whatever reason, you can’t ask a question or get the answers you’re seeking.

This has been a strange and unusually powerful Mercury retrograde and I have heard many similar stories to mine. (There was even a missing person in our collection of stories but yesterday we heard he’d been found!)

I suspect this is partly because Mercury was retrograde in its sign of rulership, Gemini, signalling a double whammy of communication chaos, plus the Full Moon on June 2nd cut across the Gemini/Sagittarius axis illuminating this Mercury retrograde phase.

A fellow astrologer mentioned how this particular Full Moon had ‘brought things to light’ which is classic symbolism for a Full Moon, but how this seemed to highlight disappointments, things you were trying to ignore or news that wasn’t welcome.

So we can all cheer loudly now Mercury is stationing in the heavens and at 22:33 (BST) tonight, June 11th 2015, Mercury starts to move in forward motion. This is your cue to ask a question, pick up the phone, send an important email and get the answers you’re seeking. It’s the planetary equivalent of a green light when you hear the information you’ve been waiting for or receive the news that helps you to make progress.

Mercury in Gemini is a lively energy, curious, eager to learn, wanting and craving variety in life. Speak up, get chatty, talk to people, exchange ideas, brainstorm, laugh, have a joke, write things down. I’ve had a flurry of clients booking in over the last couple of days and they’ve all been super chatty and seeking clarity.

Yet I suspect that Mercury picking up speed whilst Neptune slows down will prove enlightening rather than disorienting. I hope so.

Mercury & Neptune swapping paths means it’s time to stop ignoring anything you’ve been avoiding and to deal with it directly. Less ‘being’, more ‘doing. Ask those all-important questions, be an ideas person and come up with a new game plan. Mercury’s ready for action. Are you?