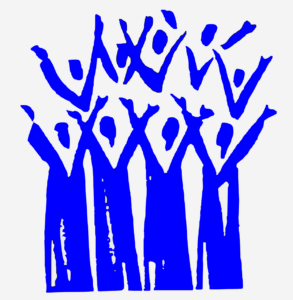 Mercury remains here until 1st May 2015 and next week on 20th April 2015, the Sun joins Mercury in the slow, methodical sign of Taurus leaving behind fiery Aries.

As the personal planets move from one sign of the zodiac to the next, there is a significant change as each sign is dramatically different to the previous one.

If Mercury represents how you talk, process thought, etc. this is a shift from fast talk, assertiveness, impulsive chatter, firing off ideas at top speed to slow talk, careful consideration, mindfulness, melodic speech.

It will serve us all well to be measured and thoughtful in our approach to communication over the next few weeks. Less rush, more pondering.

When you have Mercury in Taurus in your natal chart, this is an indication of a beautiful or distinctive voice. Taurus represents beauty and in the physical body Taurus rules the neck and throat.

When Mercury’s in Taurus this adds power and depth to the voice so you have power-house singers who can belt out a song and singers with an incredible range and an ability to sing way down low.

One of my all-time favourite singers was Ella Fitzgerald (b. April 25 1917) who has both the Sun and Mercury in the earth sign Taurus. She has an amazing melodious tone to her voice and an incredible range.

Listen to her singing the classic song Summertime to get a sense of what Mercury in Taurus can sound like:

In astronomy Mercury never moves far away from the Sun which is why many people born with the Sun in Taurus have Mercury in this placing.

Two famous actors with distinctive voices are Jack Nicholson (b. April 22 1937) and George Clooney (b. May 6 1961), both of whom have Sun and Mercury in Taurus.

Yet there are two other Sun signs where it is also possible to have Mercury in Taurus. The first is the sign after Taurus, i.e. Gemini and one of the most distinctive voices of an actor is that of Morgan Freeman (b. June 1 1937).

He is a Sun Gemini and his Mercury is in Taurus. Listen to him talking about his voice in this short clip. The man’s voice is so gorgeously smooth and deep and if God had a speaking voice, I have no doubt this would be it:

Finally, the other Sun sign that can have Mercury in Taurus is Sun Aries. This might sound a dichotomy; a slow, melodious Mercury with a fast-paced speedy Sun sign. Yet if anyone can pull this off and make us want to listen him over and over, it’s the actor David Tennant (b. April 18 1971) born with the Sun in Aries and Mercury in Taurus.

Here’s a 30 second clip where he’s talking about ‘soup’ for heavens sake and he still manages to make it sound like the sexiest product ever.

Where’s your Mercury? Do you have a beautiful, distinctive singing or speaking voice with Mercury in Taurus?