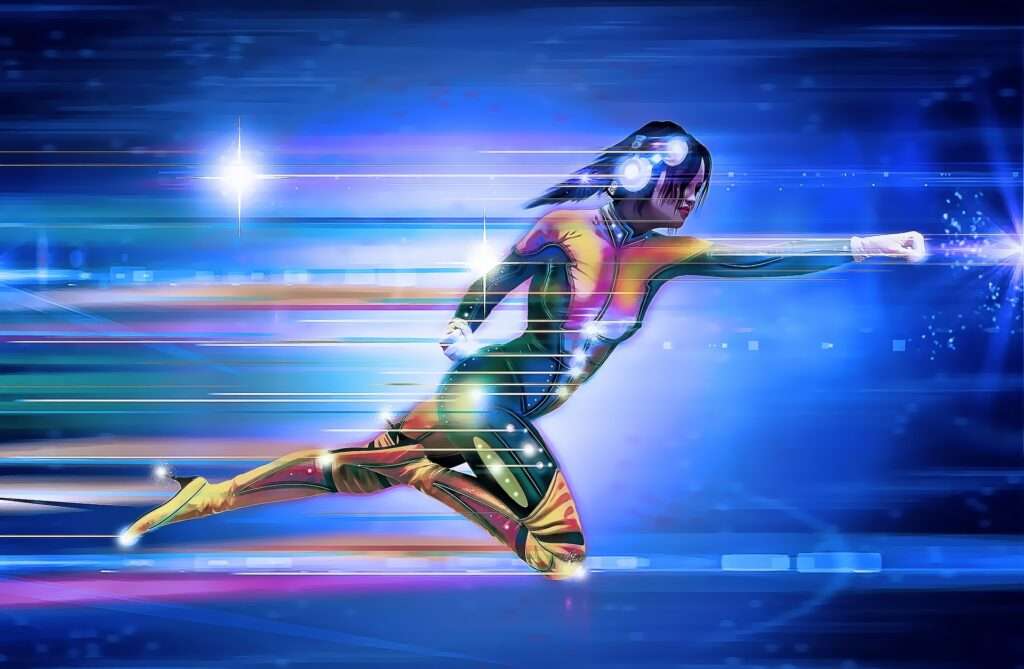 Yesterday I popped an article up on my Facebook Astrology page that advises you to take the pace slow until Mercury is out of its shadow phase*, which is the weekend of May 20/21. Personally I’m not sure this advice is relevant because of the sign in which Mercury turns direct and other planetary factors. Here’s why.

Firstly, Mercury is back up to speed this week in the sign of speed, Aries – think red sports cars, adrenalin junkies. This is the postman/postwoman who’s tearing around frisbee throwing the post into letterboxes as fast as s/he is capable of. It’s warp-speed communication.

Secondly, Mercury turns direct at 24 Aries and this is where wild-card Uranus is currently residing in the zodiac, at 25 Aries. So Mercury is mixed up with the unpredictable planet, whose nature is explosive, sudden, unexpected and erratic.

If an amazing idea pops into your head whilst Mercury turns direct, write it down before you forget it. If you have something important to say, take deep breaths inbetween and make doubly sure that what you say makes sense. If someone goes off on a rant, tell them, ‘it’s ok, it’s only Mercury turning direct next to live-wire Uranus’.

This combination between Mercury ruling communication and Uranus ruling technology and all things New Age and innovative equals a lightning-fast mind. Either that, or your mind is so busy, you’ll wonder whether you’re verging on crazy.

Thirdly, Mercury is now in Aries, which is Mars’ sign, the planet of action and Mars is currently in Mercury’s sign of Gemini. So ideas are whipping back and forth and there’s potential to walk your talk, to do (Mars) what you say (Mercury). It’s definitely not a case of ‘all talk and no trousers’ this week. The trousers are zipped up, skin-tight and you’re ready for action.

This is a buzzing, dynamic planetary energy that’s more energetic than a shot of hard drugs (I’m not advocating hard drugs by the way… that would be foolish Mercury/Uranus talk).

Yet have some fun with this whole planetary combination; take your ideas way out wide, organise a joke-telling contest, liven up staid or boring conversations and put your clever, beautiful mind to good use.

Radical action and inspired decisions are the order of the day.

* The shadow phase is linked to the degrees of the zodiac at which Mercury turns retrograde and then direct. This time Mercury turned retrograde on April 9 at 5 Taurus and direct on May 3 at 24 Aries. So Mercury’s shadow phase began on March 27 when it was at 24 Aries and ends on May 21 when it will be at 5 Taurus. Some astrologers advise you not to take action/make big decisions whilst Mercury is in its shadow phase. Personally I prefer the three week retrograde phase for reviewing, reassessing, waiting rather than the longer 8 week shadow phase.