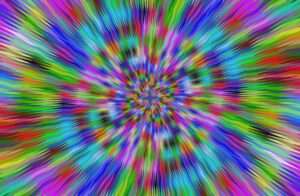 I know a lot of people will be shouting out a silent hoorah to mark the occasion.

New information gets the go-ahead and you can begin to communicate effectively, hear back from people who’ve gone awol and start to lead a more orderly life. Any messes or muddles begin to make sense after a potentially chaotic start to the year. That’s the theory at least. The reality may be that smooth communication will take a while longer than usual this time around.

If you’re a fan of the shadow phase of Mercury retrograde, then note February 14th in your diary. It’s not only Valentines Day but the day when Mercury moves back to 0/1 Aquarius, the degree of the zodiac where it turned retrograde on January 5th 2016.

I tend not to pay too much attention to the shadow phases personally as three weeks of communication chaos is enough for me. However, what’s important right now is that Mercury turns direct at 14 Capricorn 56 which means that it’s clashing with the planets Uranus and Pluto as it stops and then begins to pick up speed. Here’s the run of important planetary aspects:

Together Uranus and Pluto are the harbingers of change, ready or not, and these are some of the things to think about as Mercury clashes with them. Mercury/Uranus represents a clash of words, speaking out of turn, challenging others’ opinions, being outspoken. Mercury/Pluto represents intense conversation, ultimatums, final words, cruel words, introspection. So a time when communication will be more challenging and extreme than usual.

Even though Mercury is back up to speed from tomorrow, it is events next weekend which could prove crucial for this particular Mercury retrograde phase. Plus, look back to December 19th-21st 2015 when Mercury first clashed with the power duo, Uranus & Pluto. What took place back then may be relevant for what’s unravelling at speed right now.

One friend of mine, Judith Morgan, will be more than happy to see the back of a difficult Mercury phase. Judith is a brilliant business coach and I have her to thank as my own online astrology business continues to flourish.

This week she wrote in her weekly newsletter about the fun and games that have been going on in her own life. Here’s an excerpt from her newsletter about 3 distinct Mercury retrograde events. My favourite is the imposter who pretended to be her (!):

My favourite astrologer is Sally Kirkman, who just happens to be a client, and we are also two of three founder members of our monthly book club which will be four years old in April.

Sally knows that I prefer to pretend that Mercury Retrograde doesn’t exist, so she will be laughing when she reads this and when she sees how her winged pal disrupted normal comms around here this week.

When I was bragging to another client about how easy it is for my computer to auto-backup my valued contents to the cloud via Dropbox, I noticed that although my website was doing that very nicely, my computer didn’t appear to be and hadn’t been possibly for as long ago as April 2015. Yikes! Haven’t I been lucky?

As I write this, my computer peeps have entered me remotely (no jokes please) and are fixing that. It’s a long job, backing up all those files, re-installing Dropbox and re-creating the system which used to work so well. Thank goodness I noticed. Thank you, Dear Client, for helping me to notice that.

Then, on Tuesday, which turned out to be a VERY strange day indeed… two further manifestations of Mercury being the R word.

First off, and it cost me a couple of hours on Tuesday morning, I was “cloned” on Facebook and some imposter started to contact my friends, pretending to be me, and requesting their friendship for his or her own nefarious purposes. Why did that take me a couple of hours? Because everyone started emailing me and sending PMs to check that it was really me before marvellous and caring Sam reported it to FB and they took over, zapping the bogus account. Although, Chums, you really should have known it wasn’t me when said scammer used the word “gotten”. Eek.

I deliberately decided not to over-react; I didn’t have time on Tuesday. In fact, in all three of these instances, I have amazed myself by how calm I have remained. Is that something to do with Mercury too, I wonder? Or am I just manifesting that other bird, Surprisingly and Uncharacteristically Chilled Judith?

The third example happened on Tuesday afternoon when, due to a miscommunication with a wonderful woman who has been a beloved client forever, she thought I hadn’t turned up for one of our coaching calls which I thought (erroneously) that she had re-scheduled until the next day. I thought January, she meant February. I was offline, no Skype, no Facebook, no email, because I was heads down preparing for an Important Project the next day and this is how to focus, People.

For some strange reason, perhaps because of the extreme rarity of such occurrences, my client was worried something had happened to me and so, within less than 40 minutes, I started to receive distress signals from a network of friends who feared the worst, that I had decided to follow all those great creative artists skywards. I had not. 40 minutes offline was all it took for a handful of my closest pals to think about dropping everything and rushing round to mine with various sharp and heavy implements with which to bash down my front door. (This does not bode well for Digital Detox Friday, where I plan to be offline for 24 hours at a stretch – every week!)

That’s Judith’s story and no doubt some of you will have your own. In conclusion, normal service resumes to some extent from tomorrow, January 25th. It’s certainly worth following up anyone who’s not got back to you and trying again where you didn’t succeed during Mercury’s retrograde phase. Send off texts, emails and make important phone calls.

Then at the weekend bring a personal story/chapter to a close. It’s time to write the ending, whether it’s a happy one or not. Once you’ve wiped the slate clean, then you can start over.