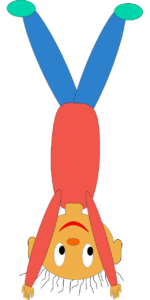 Mercury is in retrograde motion from 17 Aquarius to 1 Aquarius. Aquarius is the sign of technology (you have done those important backups already, haven’t you?) and one of the fixed air signs.

Yesterday late afternoon I already experienced weird goings on with my Macbook & internet connection. An intermittent signal meant a Skype call I was attempting kept crashing unexpectedly and there were one or two glitches with my Macbook which reminds me I have to get it checked out but when?!

To be honest, I will wait now for a few weeks as I’m not a big fan of messing about with technology when Mercury’s retrograde and especially as this specific retrograde phase takes place in techy Aquarius.

So what’s Mercury retrograde good for if you already know that misunderstandings and communication glitches are more prevalent for the next three weeks? Here are some handy hints on how to make the most of Mercury’s reverse motion:

– don’t give up but try and try again, Mercury retrograde is the King of second chances. The most powerful time to act is a day or two before Mercury turns to direct motion

– be quiet, listen to your inner voice & engage in magical thinking

– slow down, be quiet, allow yourself to be guided rather than try to forge ahead

– be flexible when you’re out and about, instead of going directly from A to B, explore routes C, D & E

– be more tolerant & patient with others, remember that the truth can be skewed when Mercury’s in retreat

– be more tolerant & patient with yourself, be open-minded and learn from your mistakes

– be more tolerant & patient with life, if your plans change use this as an experiment to find joy in the unexpected

– look at life upside down, change your perspective

– think backwards. Did you know that if you walk a few steps backwards and then try and solve a problem, you have greater mental control? Sounds crazy doesn’t it, but apparently it’s true