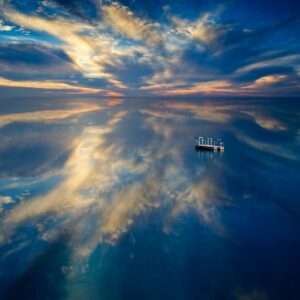 Mercury, the planet of communication, has been retrograde, i.e. on go slow since June 7th 2014 but today, July 1st 2014, Mercury picks up speed and turns direct.

This is especially good news as Mercury is currently in its sign of rulership, Gemini, so this is the equivalent of a run of green lights.

Listen out for good news and/or new information coming to light. Plus make the most of Mercury’s change of direction and dial that all-important phone call, chase up old contacts and whizz through your ‘to do’ list.

One way that you can learn more about astrology and understand how it plays out in your own life is to use what’s called retrodiction which is the opposite of prediction.

That means instead of using astrology to predict the future, you consider the astrology that’s been and gone and look to the past to see what happened. This is how the premise, ‘As Above, So Below’ works and often you find that events in the heavens synchronise with the events of life on earth and in your own life.

This recent Mercury retrograde period was split into two parts. Mercury turned retrograde on June 7th 2014 at 3 Cancer 10 and remained in the water sign until June 17th 2014 when it reversed back into Gemini, one of the air signs, where it’s stayed until today when it turns direct at 24 Gemini 23.

In the UK, Mercury retrograde in Cancer coincided with Father’s Day on June 15th 2014. This is always a poignant date in the calendar for me as my father passed away in 1997 and yet my memories of him feel like it’s only yesterday. For me this embodied the quality of Mercury in Cancer, the sign of the home, family and the past, one of the most retentive signs of the zodiac with an ability to wallow in emotion and remain attached to the past. I felt I wanted to slow down to spend time with my memories.

I found myself browsing through old black and white photographs and sharing stories from the past with my daughter. Cancer is the sign of legacy, what we leave behind but also what we pass down through future generations. When you look back over many years to a past that can never be experienced again, there’s invariably a mix of emotions; the feelings of loss remain poignant but you also sense the happiness of the precious memories.

Once Mercury shifted back into Gemini on June 17th 2014, life sped up considerably and rather than wanting to spend time with my memories, I was ready to pick up the pace with work and life and get things moving again. However, as Mercury was retrograde this wasn’t straightforward and at times I felt as if I was drowning in ideas. I spent one evening writing and writing things that I wanted to do and making lists on endless pieces of paper. Yes, it felt inspiring but it was creative chaos with no structure or logic and certainly no game plan.

It’s only been in the last few days that I’ve found myself able to see the bigger picture more clearly rather than getting lost in the detail. There’s still some work to do which I suspect will continue as Mercury picks up speed in Gemini and as usual, Mercury turning direct has brought second chances, renewed work from old contacts and clarity of mind.

Mercury remains in Gemini until July 13th 2014 and returns to the place it was in the heavens when it turned retrograde (3 degrees Cancer) on July 16th 2014. There’s no point hanging around now so move swiftly and you can make significant progress up until mid-July wherever Mercury’s transiting through your chart. This Mercury retrograde has taken place in my 3rd house of communication, ideas and the mind, emphasizing the Gemini theme.

So how was it for you? Did you experience communication breakdown whilst Mercury was retrograde or did you deliberately slow down, feel in flow and notice the shift of energies as Mercury moved from a water sign to an air sign. It will have been a different experience for different people depending where you find Gemini/Cancer in your chart and how Mercury works for you.

Mercury Retrograde Slows You Down

A typical Mercury Retrograde theme is slowing down. This was the case for a friend of mine who had Mercury retrograde reversing over her Gemini Ascendant when she missed her footing on some stairs, fell and broke her ankle. Ouch! That’s one painful way of slowing you down but there was good news just a couple of days ago when she heard that 7 weeks in plaster was to be reduced to only 3 weeks in plaster. For someone born with a Gemini Ascendant who likes to move quickly, you can imagine her delight.

You often find that things start to pick up a couple of days before Mercury’s direct motion. Here’s hoping that Mercury’s change of direction gives you an equivalent boost or stroke of good fortune.