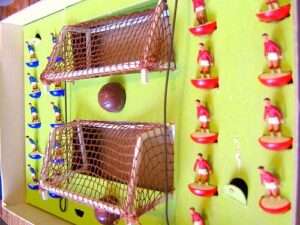 If you ever wanted to know what Mars turning direct looks like in real life, then take a look at what’s happening to Wigan Athletic Football Club.

They were recently in the relegation zone of the Barclays Premier League but last Wednesday, 11th April 2012, they beat Manchester United (1st in the league) 1-0 at home and last night, they beat Arsenal FC (3rd in the league) 2-1 away from home.

These are two matches that on paper they should have lost. The little guys v. the big guys. It’s not all over yet, but Wigan are now clear of the relegation zone in spectacular fashion.

The reason this came to my attention was due to an editorial article by Marion Ryan at Entrepreneur Soul, entitled “Doing A Wigan”, hence the title of this blog post. As you may know if you’re a regular blog reader of mine, not only people but countries, companies and organisations have birth charts.

I immediately jumped to it and found an astrology chart for Wigan Football Club. Wigan Athletic was formed in 1932 and they played their first match on 27 August 1932. I drew up a chart for a 3pm kick off and here it is: The astrology is laugh-out-loud brilliant; the Sun is in Virgo, not a showy sign, but modest and focused on detail and precision. This is the small team but the Sun is next to Jupiter, the planet of vision, so here’s a small team with a big ambition. Look more closely and you see that the Sun is at 4 Virgo 03 and Jupiter is at 3 Virgo 32.

Mars, the planet of action and physical energy, has been in Virgo since November 2011. On 24th January 2012 it turned retrograde and it’s been on go slow until 14th April 2012, i.e. last Saturday when it turned direct. Mars turning direct suggests the power switched back on. Mars is the hero, the dragon slayer, David against Goliath. What degree in Virgo was Mars when it turned direct on Saturday? 3 Virgo 41, slap bang on Wigan’s Sun/Jupiter conjunction. They’ve come back to life in the nick of time.

Wigan have four more matches to play and as Mars picks up speed slowly at first, it’s still only at 8 Virgo on their last match of the season. Do I think they’ve done enough? Yes, I do and I love the astrological symbolism playing out here. In future, when clients ask me, “what does Mars turning direct mean?”, I’ll reply, it’s “doing a Wigan”.