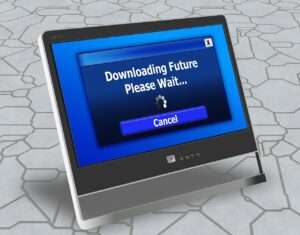 Mars is the planet of action and it’s currently moving into a square aspect with the planet that slams on the brakes, Saturn.

Mars in Pisces wants to dream, be creative, live a fantasy life whilst Saturn says ‘hang on a minute, mate, but is that realistic?.

Saturn can be the party pooper of the heavens, the big guy who halts your plans in their tracks.

I’ve been on a creative roll whilst Mars has been in Pisces since the beginning of the week but I can feel the brakes clamping down, slowing me, pointing out the pitfalls, the limitations, where I need to be (ugh) sensible. That’s Saturn in action and it’s not easy to push on through.

These are Saturn’s lessons; face facts, work out your budget before you splurge on A, B or C, create a realistic plan, start from the bottom and work your way up, build one brick at a time.

If you have Mars and Saturn in hard aspect (square, opposition or conjunction) in your own chart, this will already be familiar to you. The two big daddies of the heavens add grit and determination to your personal tool box but boy, they make you do everything the hard way. They can be mean too if they’re feeling especially malefic (evil).

I’m riding this one out, noting what I have to do and when but otherwise I’m just going to take it nice and slow and not let Saturn bring me down. Mars in Pisces can try and wheedle his way round Saturn or use devious means but Saturn’s not in a playing mood.

So conserve that energy, get an early night (if you’re in a similar time zone) and if you and yours feel grumpy, let it be. Tomorrow’s another day and it’s helpful to realise that things may just take a little longer than you hoped.

Life always looks brighter when you’re on the other side of a Mars-Saturn roadblock and back cruising at normal speed.

Mars is at 2 Pisces square to Saturn at 2 Sagittarius – the square aspect is exact at 6:10 am on Thursday 15th January.