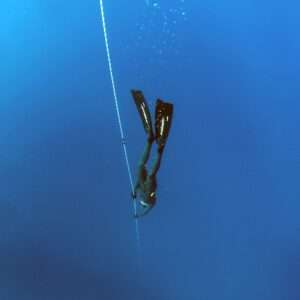 Mars is now more than mid-way through its retrograde phase which began on April 17th 2016 and ends on June 29th 2016.

When Mars is on go slow, the qualities represented by Mars can be hidden, lacking, flaccid.

Energy is directed inwards and your get-up-and-go might have got up and gone. This can prove frustrating as energy and emotion build inside and need to be released.

Mars’ first retrograde phase was in the fire sign Sagittarius and if you’ve been firing arrows into the sky seeking adventure, new opportunities, you might not yet know where they’re going to land or whether you’re going to hit your target.

Sagittarius rules travel, education, the Law, publishing, truth and justice. Mars returns to Sagittarius in gladiator mode later this year in August and September when those arrows will find their mark.

But today, May 27th 2016, Mars is diving deeper into the dark waters of Scorpio where it will retreat for the next four and a half weeks. Mars rules Scorpio traditionally and Mars likes to go deep into Scorpio’s hidden realms.

This is laser focus, in-depth research, the skilful gaze of the detective who hones in on the missing clue. Courageous Mars dares to go into taboo areas and sex, money and death are Scorpio’s domain.

So where in life are you being called to go deeper? This might be unfinished business from the beginning of the year as Mars was in Scorpio from January 3rd 2016 until March 6th 2016. As Scorpio rules all things hidden, this can be those areas of life which are painful; difficult emotions, your shadow side, secrets deep within your soul.

Talking with a client this week, we discussed how sometimes you have to go into the pain in order to go through it and come out the other side. Willingness is needed otherwise it’s easy to avoid what’s difficult.

Plus we both admitted that it’s helpful to have an end date, to know when you’ve gone far enough. Only delve in deep as far as it’s beneficial to you and don’t dive so far down that you can’t find a way out. Free divers know exactly how to take themselves to the limit and still be able to come up for air.

There might be a clue to Mars’ retreat in the fact that the last aspect Mars made was an opposition to his lover Venus. Venus is currently in flighty Gemini, flitting across the surface of life, playful and flirtatious. For whatever reason, Mars and Venus didn’t see eye-to-eye and Mars has retreated further into Scorpio, the sign which links to obsession, jealousy, rage, sulking.

Being a Sun Scorpio, I know only too well that spiralling which takes place when you allow unpleasant emotions to take hold. Let them go, they lead you nowhere but towards unhappiness.

Mars on A Mission

Instead use this Mars transit to dig in fertile ground and seek out valuable treasure, hidden riches. Go a little deeper, be bold, seek out unexplored places. The digging and delving you do now could prove hugely beneficial to you once Mars is strong again in Scorpio.

In fact, come July you could be storming forward at turbo speed ready to take on the world. At its best, Mars wants to use Scorpio’s power to good effect, to act as a catalyst for self-transformation and big reforms. This is Mars on a mission.

You might find it useful to read my original Mars retrograde post Running In The Wrong Direction which was written at the start of this Mars retrograde phase to help you navigate your path over the next few weeks. This tells you more about the dates and degrees involved and also gives you a snapshot of the areas of your life triggered by Mars in retreat.