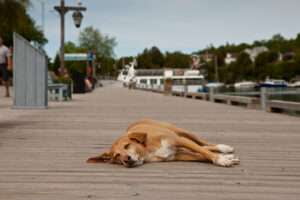 Action planet Mars turns direct and picks up speed tomorrow, Tuesday 20th May 2014 [exact 01:31 GMT] in the sign of Libra.

Mars has been retrograde, i.e. on go-slow since March 1st 2014. As Mars rules physical energy, get-up-and-go, assertiveness and a feisty attitude, your life may have been lacking a certain amount of ‘roar’ or ‘rawr’ over the last 11 weeks.

Mars’ direct motion suggests a significant turning point and a chance to start making progress wherever you’ve been thwarted or feeling frustrated recently.

Mars rules the libido so Mars direct is potentially good news for your sex life and your physical and creative energy in general. Mars is linked to impulsive moves and spontaneity, being brave and courageous, getting fit and generally living life full on.

Mars is the planet of anger and Mars can’t be angry in a healthy way when it’s ‘repressed’ or ‘subverted’. Squashing anger down can lead to depression or inertia or perhaps your anger has been more volatile and difficult to control whilst Mars has been retrograde.

Mars is a key planet in my own chart as I’m a Sun Scorpio with an Aries Ascendant and both signs are ruled by Mars. For me personally, there have been a couple of incidents over the last few months when I’ve been uncharacteristically angry and let rip with rather messy results.

There’s been a lot of back-pedalling that’s had to take place to smooth things over which is a fitting symbol for Mars, ruling anger, in Libra, the sign of relationships, and moving in reverse motion. My Mars has definitely been petulant at times rather than gloriously assertive.

Another way that Mars retrograde may have played out over the last two and a half months is to do with control. Mars wants to be in charge and when it’s in Libra, there’s a problem or an issue as Mars has to take other peoples’ opinions into account and being self-oriented or self-focused is decidedly tricky.

Again this has shown clearly in my own life as I’ve been involved in a big project but I’ve been dealing with this project through a third-party, a very Libran experience, and at times I have found this unbelievably frustrating. I like dealing with people direct and not being able to do so has been a real challenge for me.

At times I’ve felt out of control and have been floundering and lost my sense of direction and purpose with the project. The good news is that as Mars is set to turn direct, things are beginning to pick up pace and my enthusiasm and energy for the project is back on.

What Mars Direct Means For You

Wherever in your own chart you have the sign of Libra, this is where Mars has been to-ing and fro-ing and it helps to know which area of life has been particularly frustrating and where you can now get fired up again. Here’s the lowdown for you. Read your own Star sign (also called Sun sign) on the left-hand side to see which area of life Mars retrograde has been affecting and check out your Ascendant sign too:

Aries: Your relationships, personal & professional; all your 1-to-1’s

Taurus: Your job & everyday lifestyle; your health; how you serve other people

Gemini: Your creativity; your children; fun & entertainment; your love affairs

Cancer: Your home & property matters; your family; your past & where you come from

Leo: All forms of communication; your local community; your siblings & neighbours

Virgo: Your money & personal possessions; what you value in life

Libra: Your physical energy; your image & appearance; your personal goals

Scorpio: Your inner journey & your spiritual path; your inner vitality

Sagittarius: Your friendships & groups; your involvement with the wider world

Capricorn: Your career & vocation; your status; your role in the public eye

Aquarius: Your education; travel & new experiences; where you find meaning in life

Pisces: Your joint finances, e.g. with institutions and/or exes; your sex life

Now Mars is turning direct, you can give life an extra push in the right direction and start picking up speed. Mars doesn’t want to procrastinate or wait around for anyone when it’s back to direct motion. It’s the ideal time to rediscover your passion, stand up for yourself and what you believe in and to engage fully with your life.