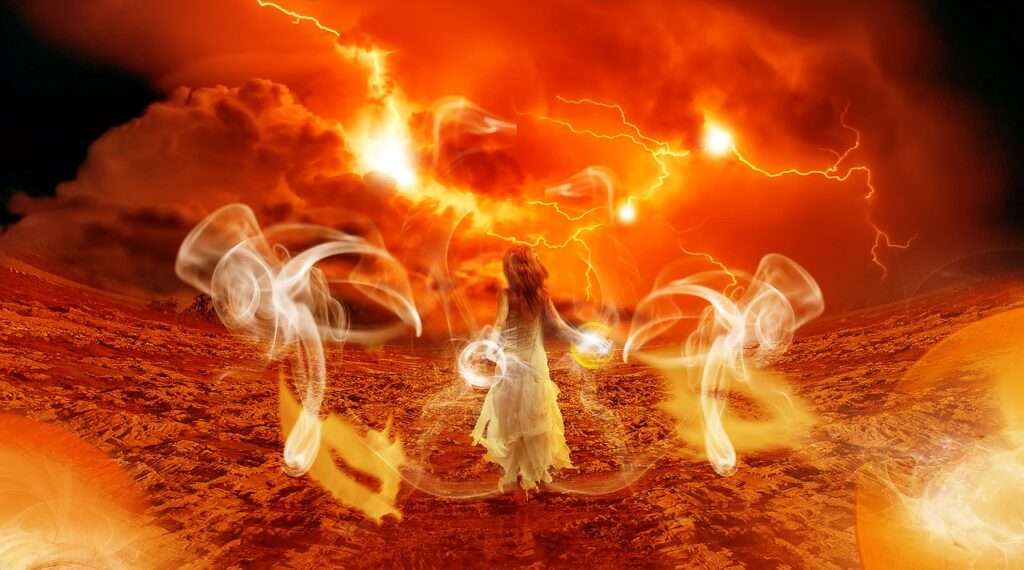 Mars is fiery and furious over the next couple of days. The red planet that rules anger and action is currently strong in Aries: the strident activist, the daring hero, the martial arts expert. This Mars knows what it wants and is out to get it. Mars in Aries is fast, direct and takes no prisoners.

This is great news if you need to be assertive, make things happen, take charge. Yet, it’s important to know that Mars is currently teaming up with unpredictable Uranus at the last degree of Aries.  This will fan the flames of Mars as temperatures swiftly reach boiling point.

This is an important planetary conjunction because these two lively, volatile planets have been involved in a love affair for many years. Since 2010/11, Uranus has been in Mars’ sign of rulership, Aries. Last year, 2018, Mars spent almost six months in Uranus’ sign of rulership, Aquarius as Uranus took a six-month vacation in earth sign Taurus. Uranus moved back into Aries in November 2018, when Mars left Aquarius.

Mars/Uranus In The World
One example of how this played out in the world was the Yellow Vest movement in France. The demonstrations began in November 2018 but the movement started in May 2018 with an online petition that grew over the ensuing months, reaching 300,000 signatures by October.
You can see the symbolism clearly here; Mars went underground last year, when it turned retrograde while activism was spreading virally, online and by social media, Aquarius’ domain.
Once Uranus leapt back into Mars’ star sign, Aries in November 2018, the violent demonstrations began, primarily in Paris, but elsewhere in France too over the coming weeks. Anti-government, the people were rioting over higher fuel taxes and demanding an increase in the minimum wage.
Therefore, this week’s Mars-Uranus conjunction in the final degree of Aries is potentially volatile, there are no two ways about it. This is one final clash, one push for victory before Mars leaves Aries on February 14th followed by Uranus leaving Aries on March 6th.
Mars/Uranus – It’s Personal
On a personal level, look at what you’re not prepared to put up with any longer or where you’re ready to get things moving and fast. The Mars/Uranus conjunction can act as a trigger for change.
This planetary combination is independent and excitable, decisive and wilful. It is important to look closely at your motivations and be wary about taking foolish risks. If you’re feeling unsure, use your passion constructively and rein in your impatience. The Mars/Uranus conjunction is the proverbial ‘leap out of the fire into the frying pan’, i.e. acting impulsively can make things worse.

There’s a real danger that this ‘flick-of-a-switch’ Mars is about to be activated and rage out of control. So, take care over the next couple of days. Know that this is a volatile period, do battle when necessary but also trust when to turn the other cheek.

I just discovered that today is one of the most popular days to split up! 48 hours before Valentines Day. Rather neatly for this article, the phenomenon is called ‘Red Tuesday’ – red is Mars’ colour, Tuesday is ruled by Mars and Uranus is the planet most often associated with splits, i.e. break ups! 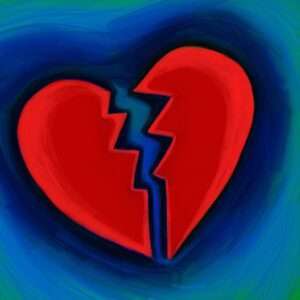