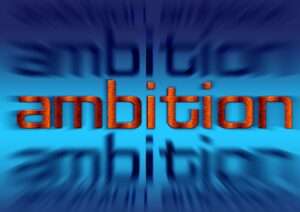 It’s hard to think of tonight’s Mars/Pluto conjunction without immediately thinking of the saying ‘do or die’.

Mars rules action and through its mythological associations, Pluto links us to death and the Underworld.

Scorpio is the sign that unites the two; Mars being Scorpio’s traditional ruler and Pluto Scorpio’s modern ruler.

Any way you look at it, this is potentially a ruthless, obsessive combination that combines pain and passion. Yet Mars is currently powerful in Capricorn, a sign that’s inextricably linked with work, achievement and ambition, so rather than the darker connotations of this planetary conjunction, there’s potential for greatness and then some.

This week I discovered that Richard Branson and Benedict Cumberbatch both have Pluto conjunct the Ascendant in their natal chart. The Ascendant is the sign that was rising on the horizon when you were born and as the Ascendant is how you come across to others, any planet that dominates the Ascendant is especially powerful and always striking. Interestingly, both Richard and Benedict were born when the Sun was in Cancer, one of the cardinal signs, the leaders of the zodiac but I suspect it’s Pluto on the Ascendant that marks them out as unique.

In this week’s astrology newsletter (free sign-up box top right of page) I talked about Mars power and quoted Richard Branson, a man who rarely says no to a challenge:

“My interest in life comes from setting myself huge, apparently unachievable challenges and trying to rise above them”

and let’s face it, Benedict Cumberbatch who is masterly in Sherlock Holme s is currently everywhere. Scorpio, Pluto’s sign, rules the sleuth and Benedict is brilliant at playing slightly obsessive, sociopathic individuals. I did already think he must have an incredible work ethic, even to the point of obsession.

So whilst the Mars/Pluto conjunction draws ever closer [exact: Monday 10th November 23:06 GMT] dodge the devious behaviour, stay well clear of potentially explosive relationships/situations and instead show off your mastery, allow your natural superiority to dominate in a cool and collected manner and strive for ambition.

Mars in Capricorn goes on to square Uranus in Aries this Thursday 13th November 01:29 GMT. This is a notoriously dangerous combination and it’s wise not to take risks or go hell-for-leather whilst this stormy planetary concoction passes overhead. Channel your inner Mars for the force of good not evil. Keep safe, folks.

[final note: I had a sudden inkling about the actor John Simm, who brilliantly played the ‘Master’ in Doctor Who. He is also a Sun Cancer, b. July 10 1970, although no time of birth. Wouldn’t it be amazing if he too was defined by Pluto conjunct his Ascendant, although his portrayal of the Master shows ambition that’s clearly evil.]