Action planet Mars enters Capricorn this weekend, the star sign linked to hard work and ambition. Capricorn is responsible, authoritative and maintains rules and boundaries. Mars excels here as its forthright, direct nature can be channelled successfully into goals, projects and business enterprises.

Here are some ideas/Mars in Capricorn symbols to get you revved up and ready to make the most of masterful Mars in controlled Capricorn for the next two months:

As I was thinking about Mars’ move into Capricorn, which happens approximately once every two years, I came across a speech by the actress, Octavia Spencer. These words were spoken to graduates at Ohio’s Kent State University in May 2017, a few months after the actress won an Oscar for her role in Hidden Figures. A brilliant movie, based on the true story of Nasa’s black female scientists in the 1960’s. This small part of her speech felt very relevant on how best you can hone Mars’ march through Capricorn.

“The journey you take now will be lead by you alone. Don’t let that scare you. Let that liberate you. No one came here the same way, and you won’t all achieve success the same way.

Don’t let anyone define your generation for you. Think big. Show up early. Stay late. And bust your asses. But stay focused so that your change and growth is intentional. Don’t let who you’re becoming be shaped by disappointments and also don’t let yourself be shaped by achievements either. Remember your Kipling: If you meet with triumph and disaster, treat those two imposters just the same…

Define success and define your best years by every day that you work hard towards achieving your goals. Your talent and efforts got you here today and that talent will continue to open doors for you. And luck will play its part too. But a strong work ethic is vital and it will get you farther than talent and luck ever could, trust me, I know. Little talent, lot of hard work.

So keep moving forward. And don’t be frustrated when your path gets messy because it will get messy. You’ll fall and you’ll fail along the way. Wildly. Embrace the mess… Get ready for it. And don’t let the potential to fail stop you from moving forward.”

Wise words indeed and worth paying attention to as Mars channels hard-working Capricorn.

Mars in Capricorn is relentless, purposeful and determined. This is a good time to toughen up a little – or a lot – as Mars runs into/teams up with two of the slower-moving planets, Saturn and Pluto, also in Capricorn:

Saturn in Capricorn is in its sign of rulership, the ultimate authority, the ruler. Pluto in Capricorn is the God of the Underworld in the sign of big business, government, politics. Plutocracy or hidden motivation & corruption, depending on how you experience this potent symbol.

Mars does it his (her) way defiantly and will fight and push against whoever or whatever is in the way. On the one hand, this is about playing by the rules, whether you want to or not. This could be most effective from within an industry, the establishment or an organisation. On the other hand, this is about seeing how far you can go in pushing back the boundaries and fighting against established power, the current set up.

Get Mars On Your Side 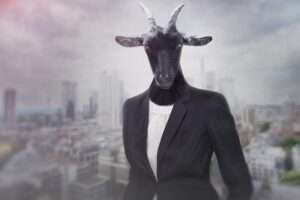 This is a powerful Mars transit if you are a Sun Aries, Scorpio or Capricorn or you have Mars in Capricorn natally. Time to channel your inner Mars.

Everyone will benefit from being more ambitious but don’t underestimate who or what you’re up against. Mars/Saturn can symbolise the tough arm of the law; Mars/Pluto can be the tyrant or dictator.

Some obstacles/blocks/regimes cannot be toppled or altered now. This may depend whether you’re embodying Mars’ principles and you’re able to channel Mars’ strength constructively or you’re up against the anger and might of Mars in another shape or form. This time around, Mars in Capricorn has got some formidable friends.