This post was originally written last year but I am publishing it again as the London Mayoral Election takes place this Thursday 3rd May 2012. Read on to find out why London is a Gemini city and why a Gemini will win the 2012 Mayoral Election.

Many people don’t realise that places and countries have star signs. When a country is founded or becomes official, it has a birth-date and, therefore, a horoscope. If you feel drawn towards a certain country or city, it’s often because the place reflects your own star sign. The horoscope that’s commonly used for England is based on William the Conqueror’s coronation of 1066, making England a Capricorn country. Capricorn is a rigid, structured sign and England is renowned for its class system, its patriotism and love of the Royal family. The English are traditionally thought of as a reserved, non-emotional bunch who like to maintain respect and keep a “stiff upper lip”. 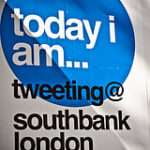 Much more fun is the star sign attributed to London. According to traditional astrologer, William Lilly, London is a Gemini city, which fits a place that’s a diverse melting pot of different people, cultures and boroughs. Geminis are communicators who thrive on variety and are always on the move.

One of the most famous quotes on London, “when a man is tired of London, he is tired of life” by the 18th century author, Samuel Johnson, picks up on this hectic Gemini buzz. London is a wonderful place to chat, learn something new, people watch and hang out in its colourful and assorted neighbourhoods.

Staying with the Gemini theme, it’s no surprise to astrologers that the two most recent mayors of London, Ken Livingstone (born 17 June 1945) and Boris Johnson (born 19 June 1964) were both born under Gemini, the sign of the twins and, as the betting stands, Boris is set to pip Ken at the post.

This is Gemini’s summer if not year as Venus is currently in Gemini for a long stay of four months and Jupiter, planet of expansion and opportunity, enters Gemini on 11th June 2012 where it remains until June 2013. This is a massive year for London with both the Queen’s Diamond Jubilee early June and the Olympics July-September taking place in our city. Bring it on!

[photos: bulldog by thesun.co.uk; tweeting by garryknight at flickr.com]