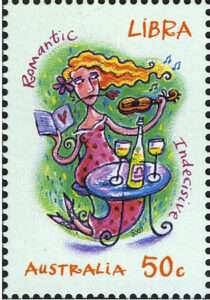 Your ruling planet Venus is on the move this month and it’s a significant shift in the heavens. Venus enters Cancer on the 7th, the sign at the top of your chart. Cancer rules your career, your vocation, your status and reputation. This is about your ambitious nature and where you’re heading in life.

Venus remains in this sector of your chart until early June and it’s here where you can expect to find sanctuary. This might sound strange but Cancer is one of the water signs and there’s a people connection to your work. Doing work you care about or being around people who help you feel you belong is incredibly supportive on a daily basis.

Plus Venus makes a lovely connection to Neptune in Pisces in the middle of the month. The exact date is the 16th. Pisces is the other sign in the zodiac which rules your working life. This is a creative, and artistic influence and you can also gain great emotional satisfaction from using your imagination and indulging in an artistic vocation.

Once Venus is in Cancer, your work situation begins to flow although there is one weekend when things could get rocky. In the UK, this is the second Bank Holiday weekend that runs from the 22nd to the 25th. On these two dates, Venus clashes with Uranus and Pluto and these two mighty planets are in sectors of your chart that link closely to your personal life.

This is likely to bring up a repeat issue, a situation that links to the past. It’s a familiar story but one that causes problems intermittently. If you know that your personal situation can get in the way of your work and the flow of life, then be prepared.

This might involve an ex, a current love relationship or be linked to another important 1 to 1 relationship in your life. If you’re in a relationship or marriage, this can indicate trouble with the in-laws or a similar scenario. Try and knock things on the head as quickly as you can and don’t get embroiled in a major relationship drama.

Money is also under the cosmic spotlight this month. As May begins, both Mars, the action planet, and the Sun are in the sign of Taurus. Taurus rules joint finances and shared resources in your chart. It’s about money you share with other people and this is an area of your life that shouldn’t be ignored.

Taurus is a productive and practical sign and you’re wise to knuckle down and sort things out with regard to finances sooner rather than later. The turning points come at the Full Moon and New Moon.

The Full Moon takes place in the early hours of the 4th and its influence can be felt over the previous weekend. This Full Moon cuts across the Taurus-Scorpio axis of your chart and its a brilliant date to finalise matters with regard to money. Emotions are often heightened at the time of the Full Moon but you see your own situation with clarity.

The other planet that connects with the full moon is Jupiter, the planet of freedom. This spells extravagance but also generosity and Jupiter in Leo links in to the friendship sector of your chart. You might end up on a shopping spree or be hanging out with a wealthy friend.

Most importantly however Jupiter represents liberation and you can free yourself from a money situation that has tied you in not only financially but also emotionally. This is where the real breakthroughs lie.

The New Moon on the 18th also falls in the sign of Taurus and this is a symbol of new beginnings, a chance to make a fresh start. Set up a new account or financial deal on or around this date or shift your attitude towards money.

You have to act fast however because the following day, the 19th, Mercury, the planet of communication, turns retrograde. Once Mercury is retrograde or on go slow, you are advised not to sign and seal a deal and to put off making any major purchase or big decision. This advice applies until Mercury turns direct on June 11th.

Mercury is in your fellow air sign of Gemini from the 1st and this puts the spotlight on travel, higher education, adventure and new experiences. This is about your future goals and having something to look forward to. There’s plenty of excitement around this whole area and the desire to make things happen fast because action planet Mars joins Mercury in Gemini on the 12th followed by the Sun on the 21st.

Yet this isn’t easy as Mercury shifts direction mid month. Plus, the personal planets clash with the Saturn-Neptune square, a key theme of 2015. Both Saturn and Neptune are in sectors of your charts that focus on everyday matters, your routine, lifestyle and health.

You might encounter unexpected obstacles, people or events that stop you in your tracks. You may be experiencing a period of boredom with your everyday routine, a longing, a yearning to try something different. It might simply manifest as an inner restlessness that you can’t shake off.

You can make things happen with regard to travel and study and adventure, but timing is the key to your success. Sow seeds early in the month and then sit back and wait. It might not be until mid June when your plans come to fruition but that shouldn’t stop you focusing on what you want in life and how you can broaden your horizons.