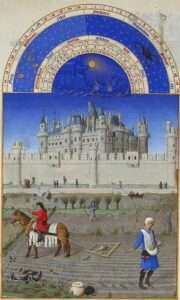 Keep your wits about you in the month of June as there will be times when you need to show you can be flexible and act fast and other times when you need to sit tight and wait. It’s not the easiest of months to negotiate but there’s a sense that it’s important you stay focused and where necessary prepare to knuckle down and do battle.

There are a couple of reasons why June brings challenges your way, the first of which is due to Mars, planet of action and anger, in your own sign of Libra. This is nothing new as Mars has been here since December 2013 but this month is the final push to get what you want or to accept defeat and be prepared to move on. Either way, you’re reaching crunch time and one situation cannot carry on the same for much longer.

To understand what this means for you think back to Christmas and New Year 2013 and also Easter 2014, especially the week following and the dates of 22nd/23rd April. Mars in Libra has clashed with the Uranus/Pluto square not once but three times and this month is the third and final time.

The areas of your life that are involved in this potential conflict are you and your personal goals (Libra), your 1-to-1 relationships (Aries) and your home, family or where you come from (Capricorn). This isn’t about a new situation, it’s about something you’ve been fighting against or fighting for the last six months. This month, Mars clashes with Pluto on the 14th and Uranus on the 25th. As Mars is your partner planet, you may not be the one making the key decisions but be reliant on someone else to lead the way.

This is the final challenge and perhaps it was the decision you made last month from the 11th-18th May that was the deciding factor when your ruler Venus was involved in a planetary clash.
If you don’t want to get involved in a potential conflict, then retreat and take a step back. If you do want your situation to change, be prepared to do battle one final time so you can close a door on the past and move on.

The other defining factor in the month ahead is Mercury turning retrograde on the 7th and Mercury remains on go slow until July 1st. Mercury is the planet of communication and when it’s retrograde, it’s up to it’s tricks. You can experience communication chaos, hold ups or mishaps or simply find that the person you need to talk to goes missing or you have to wait on key information.

Mercury turns retrograde in the sign of Cancer, ruling your career and vocation. There may be an about-turn on or around the 7th with regard to work or you change your mind about a job or project in which you’re involved. Lucky Jupiter is currently in this same sector of your chart but as Jupiter is moving on in the middle of next month, you feel as if your time is up or you’re getting ready to change your current work situation.

Take your time whether or not you’re waiting on someone else or for news to appear and let things be. You can start to push matters forward again after the 21st the day of the Summer Solstice when the Sun enters Cancer followed swiftly by the New Moon in Cancer on the 27th. Sow seeds, make contacts, chase things up and by the time that Mercury’s back up to speed mid-July, you can successfully complete what you’ve already started. For some there’s a significant achievement on the way but there’ll be the odd diversion in your path before you get there.

Same goes if you’re travelling and it’s wise to have plan B and C up your sleeve. Mercury moves back into Gemini and your travel sector on the 17th so for the last two weeks of the month, expect issues with paperwork or getting from A to B. Take your time and know that once Mercury turns direct on July 1st, you’ll hear the information you’re waiting for. Sometimes it’s a good policy to escape whilst Mercury’s on go slow and take yourself off for a couple of weeks to avoid office politics or some other drama that’s going on closer to home.

Finally this month, your ruler Venus is strong in the sign of Taurus until the 23rd and this gives you a chance to sort out your finances and create some security for your future. It’s been hard-going on the cash front with Saturn in your money sector and the weekend of the 13th-15th also proves problematic when Saturn opposes Venus.

Live within your means rather than going wild and if you have had a tough time of late, look to others for good advice, comfort and support. Saturn teaches you where your limits lie but if you knuckle down and work hard, you’re often rewarded. With Venus in Taurus make room for indulgence and pleasure that doesn’t have to cost the earth.