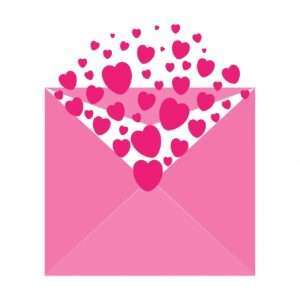 Your ruling planet Venus begins the month of February in the water sign Pisces, a sign Venus enjoys and is said to be ‘exalted’ in. Pisces rules your work, health, service to others and your everyday routine.

There’s a go-with-the-flow vibe to Venus in Pisces, helping you make the most of each day, enjoy what you do and find pleasure in the simple things in life.

Being a Libran, you are one of the most kind and caring signs of the zodiac and this side of your nature is called forth when Venus is in Pisces.

You’re more sensitive and intuitive to the needs of others and you pick up on what other people are feeling. You can put this ability to good use and be there for others, help where you can and show your interest in other peoples’ lives. This may be at work or where you spend your days but you’re being called forth to care.

The only potential danger with Venus is in Pisces is that there are few boundaries between yourself and others. You can easily get sucked in to another person’s dramas or find that you’re over-giving when you also need some kindness and care in return. So be aware of this tendency whilst Venus remains in Pisces up until the 20th.

Both the relationship planets, Venus and Mars, are in Pisces until this date. This is an indication that working alongside others is incredibly supportive for everyone involved and this is a promising time to build a team of people around what you do. Teamwork and collaboration flourish whilst Venus and Mars hold hands in the same sign.

It’s also helpful if you work with your partner or spend a lot of time in each other’s company day in, day out. Go with the flow; practice compassion & forgiveness and romance can flourish.

It’s a slightly different picture if you’re looking for love or dating this month as Mercury, the planet of communication, is retrograde, i.e. on go slow in Aquarius, the sign that rules love affairs and new love. When Mercury is retreating the heavens, it’s not the best time to make up your mind or you may be waiting to hear from someone else. Misunderstandings are rife and you don’t have the full facts at your disposal until Mercury picks up speed.

This happens on February 11th when Mercury turns direct in the heavens and one week later this is followed by a second New Moon in the sign of Aquarius on February 18th, a symbol of new beginnings and the chance to make a fresh start.

The first New Moon in Aquarius took place on January 20th, the day before Mercury turned retrograde and this month’s theme is about second chances. Don’t give up on love but try again; if someone turned you down in January, there’s every chance that you’ll be successful in February.

Aquarius not only rules love affairs but children, creative projects, entertainment and luck. You may find your fortunes take a turn for the better once Mercury turns direct and any of these areas of life are blessed when there’s a second New Moon highlighting this sector.

Plus Mercury teams up with Saturn in Sagittarius and your communication sector on February 5th and February 19th. The second date is the most important, the day after the New Moon and Mercury in sextile (helpful) aspect to Saturn symbolises agreements, decisions, the chance to get firm about your intentions.

This is a good date (19th) for a serious conversation, to find out what someone else really thinks about love, children, a creative project, a social event, etc. It’s a good time too to get expert advice and to find out how realistic your goals and aims are.

The big news of the month and one of the big events of the year however is the lovers of the heavens, Venus and Mars, storming into Aries on February 20th and two days later on February 22nd they come together in the heavens for the first of three connections.

As this activity happens in your opposite sign of Aries this is potentially hot stuff and extremely passionate. Watch out for someone else’s impulsive behaviour that’s unstoppable. The lovers of the heavens are on a roll and they want you to join them.

The message is clear: forget Valentines Day this month and celebrate love the following weekend. That’s when the red hot action takes place. It doesn’t have to be about love but it does indicate an important 1-to-1 interaction so perhaps a powerful partnership that steers your life in a new and successful direction.

There is a potential wobble from the 23rd-26th when the Sun in Pisces clashes with the Saturn-Neptune square but this is more about your everyday routine and feeling confused about the direction in which you’re heading. Someone may say ‘no’ to your plans on or around this date, perhaps someone in a position of authority and you have to rethink what you want to do.

Saturn also represents fear or doubt so this may be your own insecurity which leaves you feeling shaky. Distinguish between what’s real and what’s not real and use people power to drive you forward and take your next steps. This isn’t the time to let fear hold you back and the more you learn to face your fears, to voice them and let them go, the easier your new path in life that’s calling you forth. It’s linked to your lifestyle and a healthy, happy you.