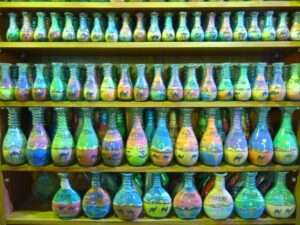 Your ruling planet Venus is the last of the personal planets to remain in Cancer, the sign at the top of your horoscope. Cancer rules your career and vocation and for some, the first half of 2014 has been challenging as Cancer is one of the signs involved in the Grand Cross that dominated the heavens earlier this year.

Venus remains in Cancer until the 12th but it’s the 1st that’s most significant for you as Venus squares Uranus in your opposite sign of Aries and trines Saturn in Scorpio. This is a final hoorah and you may find yourself in a position to say goodbye to someone in your life who’s been a loose cannon, someone you work with perhaps.

It doesn’t need to be a person, however, it could be a work situation that’s found you under pressure from all angles, taking you away from the ones you love and making it hard for you to juggle the work/life balance. For some this means a drop in salary or simply a decision to do things differently. It may signal the end of the road for a work project or the chance to take a break or sabbatical.

Money remains a key focus throughout the month as Mars joins Saturn in Scorpio and your money sector. Mars is the planet of drive and energy and is particularly powerful and determined in Scorpio, a sign it likes. Whatever you want to achieve on the money front this month, you’re firing on rocket fuel with Mars in action.

Mars and Saturn together feel relentless and they conjoin in the heavens on the 25th. This feels like a turn-around moment whether you decide to close the door on a source of cash, give up a goal or do the opposite and refuse to give up. Whatever you’re involved in and whatever your current situation financially, the pressure’s on and you have to plan strategically.

What gets put in place on or around the 25th will reverberate in your life until the end of the year when Saturn finally leaves Scorpio where it’s been since October 2012. It may be a case of enough is enough and a choice to do things differently.

Take note of what occurs on or around the 5th and 7th, when first Saturn connects with Chiron and then Mars trines Neptune in Pisces and your work sector. These two planets are associated with healing and sensitivity. For some this may mean a decision to leave a corporate role to follow a vocation that involves working with people or humanitarian goals, especially if you’re disillusioned with the 9-to-5 and want to find a way to change your lifestyle.

The answers come early in the month when you find that someone in your family or a move connected with your home is the escape route. The 15th is powerful and reaching out to others and asking for help brings a new solution.

This is not a month to struggle on alone or do anything on your own in fact. Instead this is a brilliant time to re-connect with friends, groups and social networks and to use your tribe to good effect.

If the first half of 2014 has been all about work and ambitions, here’s your chance to do things differently and plump up your social feathers and catch up with old and new friends alike. Jupiter, the planet of opportunity, entered Leo and your friendship sector mid-July where he remains until August 2015. This is where good fortune and fun can be found and this month is especially powerful for friendship and social connections.

Mercury, the communication planet, is in Leo until the 15th along with the Sun until the 23rd and your ruling planet Venus joins the party in Leo on the 12th. Plan some parties, get-togethers and fun days and nights out if you’re not away on holiday. Making the most of the summer sun if you live in the northern hemisphere and the longer days is a must.

The 2nd brings in good news when Mercury connects with Jupiter in the heavens and the 18th is potentially one of your best days of the year when Venus and Jupiter cosy up together in the sign of Leo. If you’re looking for love, ask your friends for an introduction and don’t be surprised if you find yourself falling for someone you’ve known for some time.

The Full Moon on the weekend of the 9th/10th also cuts across the Leo/Aquarius axis of your horoscope making this a wonderfully social weekend. The only fly in the ointment may be a lack of cash or a money issue that won’t go away as Saturn squares both the Sun and Moon. Don’t let money be the reason not to enjoy yourself and find ways to party on the cheap if necessary.

It’s important that any expenses or outgoings are shared equally but at the same time be generous with your friends as it’s through these social networks that you’ll find success and happiness in the coming year.

Life quietens down a little towards the end of August and rightly so. Catch your breath and take some time out from your busy schedule to relax and recuperate. A brainwave or idea you have that gets put in place on or around the New Moon of the 25th is bold and yet again it’s to do with your personal finances.

Saturn will leave your money sector at the end of the year and it’s the decision you make towards the end of this month that determines how you’ll emerge from a tricky period cash-wise and be able to free yourself from a financial pressure.